Q: What did you do after graduation and what are you doing now?
A: I graduated in May of 2003, moved back home with family in Maine, and began freelancing as a designer-slash-web-designer for various bands and the New York Underground Film Festival. I worked tirelessly to learn the fundamentals of print design, I read books on object-oriented programming for Flash, and I slowly went mad sitting in a room in the northern woods for six months. I eventually called up former roommate and fellow alum Eric Eldridge and convinced him to pick up stakes and move to Chicago with me. Neither of us had a job lined up or prospects or friends in the city for that matter, but it ended up being a good gamble.

I moved in December (which is an awful time to show up in Chicago), put together a portfolio site, got design work from various freelance agencies in the city for the first few months, and after a lot of research and resumé-sending I landed a job as a designer-slash-Flash-programmer at Emmis Interactive.

When I started in 2004 we were a team of five guys building a content management system for our parent company, Emmis Radio, and creating online promotions for big advertisers like Ford, Puma, Fox, Pontiac, and McDonalds. We began working with other companies in the radio industry, expanded the CMS and were eventually spun out as an independent company in 2008. We now provide our CMS, design services, and sales support to more than 250 local media clients.

Nearly seven years on and I’m still at Emmis Interactive, though we’ve grown from a work force of five to right around sixty folks. I’ve put the gamut of my Digital Arts experience to work for me at my job, from web and print design to programming; from video production and motion graphics to audio editing. I’m now a Product Designer, which means I spend a lot of time designing and refining applications for our CMS, writing specifications to hand off to developers, and making sure the user experience is the best it can be. I still freelance now and again, but after we shuttered the New York Underground Film Festival in 2008 I put freelance work on pause to pursue personal projects.

Q: Did you ever see yourself doing what you are doing now when you  took DIGA 101?
A: I had no idea what I wanted to get out of my classes when I started. I came to Stetson for the DA program, but I didn’t have a grand vision or career goal – I was simply attracted to the thought of having access to all the cool software and resources the program had to offer along with the community of equally-interested students who wanted to push themselves and their talents further. Keeping my options open and taking a wide variety of classes from the DA curriculum kept me from narrowly focusing on one type of work over another. I got the job I have now not only because I knew a thing or two about design, but because I also knew how to program, how to code out websites, and how to work with video and animation tools. Learning and doing as much as possible as early as possible in DA can pay dividends – the tie-breaker between me and another candidate for my first job as a junior interactive designer was a video that I made at Stetson of me and two of my roommates lip-syncing to the “Live and Let Die” cover by Guns ‘n Roses. [Warning: including a Guns ‘n Roses lip-synch video in your portfolio does not guarantee employment, but it may give you a leg up at the right place.

Q: What advice do you have for someone taking DA101 right now?
A:This is your time to explore, experiment, and learn from your professors and fellow students. Don’t spend too much time thinking about the kind of job you want to get after graduation or how you’ll turn your degree into a business or career. Now is the time to find out what makes you passionate about working in the field of software, art, and technology. Make a video or animation, shoot some photographs, code out a website or a simple application, play with interactive hardware, and create some music. Focus on your own creative interests and ideas, figure out which software or equipment you need to learn to get to a finished product, and go out and learn it. Do all of these things now while you have the time and resources and the kind of community that supports experimentation and offers you critical feedback. Narrow your focus when you discover the things that compel you to work late into the night in an effort to make that design tighter or that effect just a little cooler or the code a little more efficient.

Q: What’s the best thing you learned studying Digital Arts @ Stetson?
A: How about two best things? The first best thing I learned was how to teach myself. When you’re working or making art in the Fast-Paced World of Technology™, you’ll greatly increase your value as a collaborator or co-worker and you’ll keep things interesting for yourself if you can quickly teach yourself a new programming language, a new piece of software, or whatever else helps you make the ideas in your head come to life. I threw myself into a number of projects at school without knowing exactly how I was going to get to a finished product, but learning along the way is a big part of the fun for me. Fool around with interfaces, experiment with your code, and ask your professors, your fellow classmates, or the Internet when you are stumped – one of them will have a solution if you don’t stumble upon it yourself.

The second best thing I learned was the art of being a useful critic. A critic (which includes everyone in the world) can tell you that your idea or work is either good or bad. They give you a gut reaction and leave it at that. But a useful critic understands context, they know the rules or limitations, and they can articulate an opinion that explains why they like or don’t like an idea or work. At Stetson, the DA crew spent a lot of time in class and out of class talking about our projects and ideas, and we fostered a creative community that valued the back-and-forth debate over good ideas and bad, and why one project worked and another didn’t. This is vital stuff, particularly if you plan to go into the business of making creative decisions. Anyone can give you an initial gut reaction, but a useful critic is someone who can articulate ways to improve a work or explain exactly what made the work good so that you can pivot off of that. 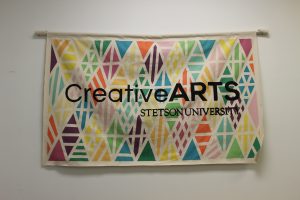 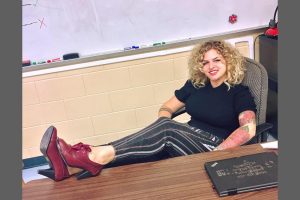 Jenna Bolusky graduated in 2018 from Stetson University with a major in Studio Art. We recently asked her to share some ... 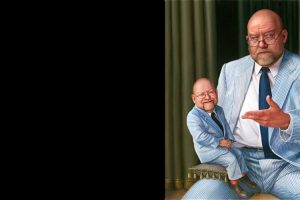 A ‘Thank You’ to Professor Gary Bolding

After almost thirty years of service dedicated to teaching at Stetson, Professor Gary Bolding will retire as this year c...