Esther Kelty (DIGA Art 2007) recently completed her 40-minute documentary about Dan and Lori O’Brien and the community of volunteers that helped build them a new home. This Wisconsin couple began adopting siblings from foster care 15 years ago, but after seven adoptions their old home just was not big enough. Esther’s touching video chronicles the entire process through months of construction and captures the many faces of service along the way.

The video also features music by Jhaysonn Pathak (MUTE 2007). Congratulations to Esther on completing this labor of love! 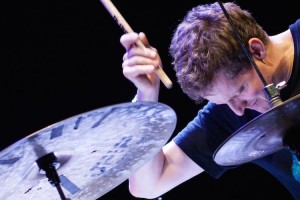 Drummer and electronic artist Jim Black will offer a special performance this week on campus. For the event entitled Th...