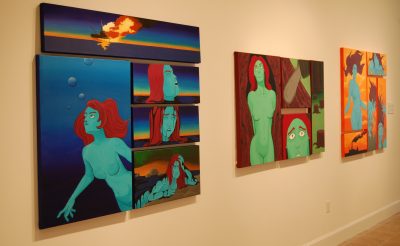 Kaleigh Jacobson (2015) created this collection of paintings as part of her senior thesis in ARTS 499 taught by Gary Bolding. Jacobson explains her influences and intended message in her artist statement:

“My concept and style were always heavily influenced by cartoons and comics that I watched and read as a child. I vividly remember heroes such as the X-Men and Captain Planet which exposed me to important social issues, such as environmentalism and social inequality, at a young age. The subject matter (the victory of the good) and art style (bright, enticing colors, and stylized, simplified forms) of these stories significantly influenced my art and led me to my current project, Tainted. With my art I want my viewers to become more aware of certain environmental issues and the effects that we as humans have on nature.

I was inspired by concepts such as elementals and Mother Nature, so I created these nature spirit characters and anthropomorphized the elements in the hope of conveying my main message — that our destroying of nature will eventually kill us too. Since comics were a big source of inspiration as well, I decided to tell the stories of these characters’ battles through sequential art. While my paintings don’t feature the subject that comics are most known for, such as superheroes, they do attempt to tell a narrative through multiple panels.” 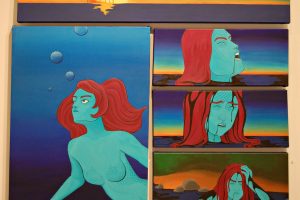 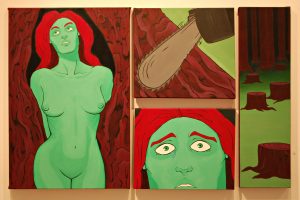 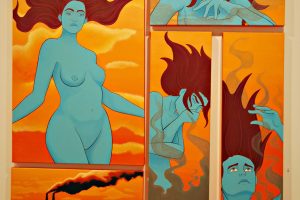