Bedroom Farce: The Show Must Go On 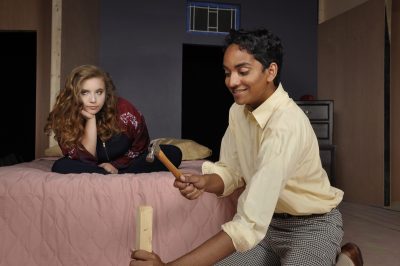 Bedroom Farce is opening this Thursday, which means that some long hours have been put in at Stetson Theatre Arts’ Second Stage. According to Dr. Kenneth McCoy, this past weekend alone has consisted of twenty hours of rehearsal. There will be performances from Thursday, October 12th through Sunday, October 15th at the Deland Museum of Art on the Second Stage.

The show, like the rest of Stetson, faced an unexpected hurdle: Hurricane Irma. Fall Break was already creating a gap in potential rehearsal time. However, the cast took the hit in stride. days. Dr. McCoy, the professor directing the play, said that, “In the end, I think we not only compensated for the loss of time but came out better”. This was accomplished by adding two unplanned days of rehearsal and tacking on an extra hour to the days that were already scheduled. The encouragement of stage director Jaycie Cohen was also a big help, as she pushed the cast to use their time away during the hurricane break to learn most of their lines.

Acting out the Farce

So why is the theatre putting this play on in particular? With heavy pieces like Othello and Rhinoceros, “last year was very ambitious, very hardcore. Bedroom Farce was a breather.” Though farces have their own challenges as a genre, like their need for verbal precision, they are made of lighter matter. The play’s plot is driven by the lives of three married couples. The characters, as Dr. McCoy put it, “all have their different flavors of interestingness”, including one couple that “tears through everyone else’s lives”. 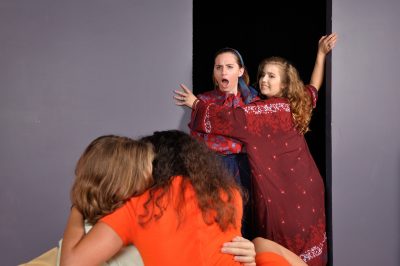 Dr. McCoy ended by noting that in theatre, there’s a constant flow of activity: “We’re reloading and auditioning for our next production on Monday and Tuesday, the 16th and 17th.” Three more one acts will be performed at Stetson this semester, all of which carry a central theme of “pushing back against The Man”. The production of these plays will be aided by two guest performers from Los Angeles who will each act as director for one play and act alongside students.

You can find more information about upcoming auditions will be posted in an article on Sunday, October 15th. 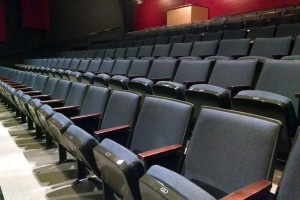 Behind the red door at the back of the DeLand Museum of Art lives the Second Stage Theatre, where you can usually no do...