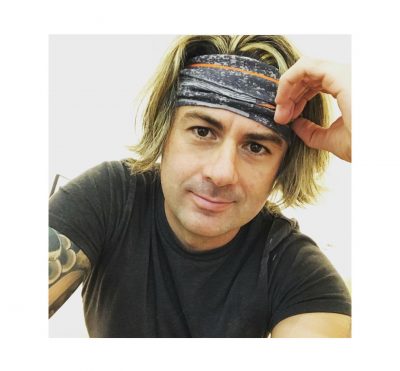 Q: Do you have any plans for your career/after graduation?

I’ve already had two careers behind me, one working as a designer for nine years and the other being my military background. While at Stetson I learned that I love ceramics and pottery. I started my own ceramics business a year ago and just purchased my studio equipment.

Q: Did you ever see yourself doing what you are doing now when you first started at Stetson?

No. I started here in 2015 as a computer science major. After one semester, I switched to digital arts and stuck with that. I realized I was much more interested in the arts side, not the programming behind it. I dislike math, and the digital arts degree requires zero math courses.

Q: What advice would you give to someone taking their first course right now?

This is my second stint in college, the first being from 2001 to 2003. It was very different starting at the age of 33 after being in the Army. I’ve learned that college is a different experience for everybody, so I would change my answer to this question depending on who I’m speaking to.  I will say that once you find something that really interests you, really drives you—do that. Find a way to monetize it. Otherwise, you’ll be stuck doing something you don’t want to do.

Q: What is one of the best things you’ve learned at Stetson?