The Past is Prologue Spotlight: Steven Kalicharan 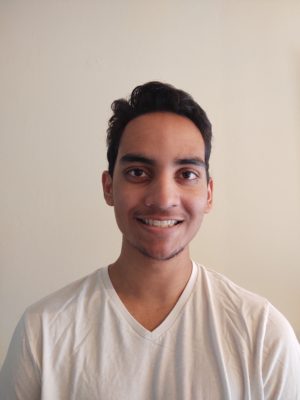 On October 8th, the Stetson Theatre Arts Department hosted the first discussion installment of The Past is Prologue, a series of monologues from Shakespeare contrasted with contemporary monologues crafted by the actors themselves. The battle between themes of discrimination based on race, gender, and identity, and modern-day confrontation of these issues are emphasized in this powerful show. To take a deeper look into the cast behind the lines, we talked to the actors playing these roles about who they are and what they like about this production.

Steven Kalicharan is a senior Theatre Arts major with a minor in Creative Writing, and has been acting for about 12 years. He is a seasoned Second Stage Theater actor, and in this production he plays Barbantio and Son from an original monologue. This aspect of the show, that the actors can contribute to the pieces in such a personal way, is particularly meaningful for him: “I love that this show provides a chance for the viewer to experience the raw emotion of each actor’s piece, as well as combines older works with original pieces created by the cast to comment on the harsh themes we face on a daily basis.”