Let’s Hear It!: A Reader’s Theatre Staging of New Plays 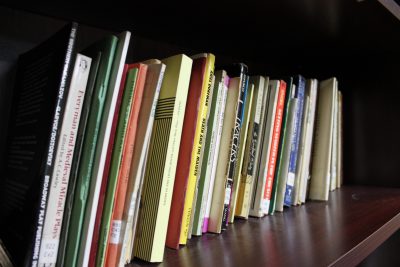 Stetson University begins its 116th season with “Let’s Hear It!: A Reader’s Theatre Staging of New Plays,” running September 23-25 at 8pm, and September 26 at 3pm. The readings are directed by Ken McCoy.

“Becoming Cherokee” by McCoy
Thursday, Sept. 23, 8 p.m.
The play features two brothers from California who inherit acreage in Oklahoma from an unknown relative. They are soon confronted with heretofore unknown Cherokee relatives who are stewards of the land. The brothers are faced with the decision of whether to keep the land, embrace their own Cherokee heritage and ancestry, or sell it for cash to stimulate their professional careers on the West Coast.

“Across the Atlantic” by Gretchen Suárez-Peña
Friday, Sept. 24, 8 p.m.
The story is based on an actual woman who is mentioned in Spanish journals from the conquest of the Americas. Madalena is an indigenous Tocobaga woman from Florida. She is taken captive and enslaved by the Spanish empire to then become an intermediary and translator for the Spanish crown. Lost in history, save only for her mention in a friar’s journal, her story travels from Florida through the Caribbean, across the Atlantic and back again. A tale of mystery, faith, life and death gives an account erased from the colonial history of the Americas.

“Emperor Tide” by Lori Snook, PhD, associate professor of English at Stetson
Saturday, Sept. 25, 8 p.m.
The one-act play is about the two characters, Carter and Tyson, who are heading to the beach to celebrate their anniversary. As the tide starts to come in, they look out at the ocean and spend an evening together. Yet, the tide keeps coming, and coming.

“Smoke-Cross’d Lovers––A Comedic Tragedy in Two Acts” by Stetson alumnus Mark aloysius Kenneally and his wife Nicole Kenneally
Presented after “Emperor Tide” on Saturday, Sept. 25, 8 p.m.
A respiratory therapist and adamant non-smoker crosses paths with a carefree chain-smoker with a cough-in-the-face-of-death mentality, and sparks immediately start to fly. Can their opposing viewpoints ever dampen enough to allow them to somehow meet in the middle? And if so, will they ever be able to find any redeeming qualities of each other’s way of life that they never found in their own?

“Beyond the Summer of Love” by Jim Moss
Sunday, Sept. 26, 3 p.m.
Andrea has arrived at her mother’s home to collect her rebellious daughter Olivia, who has decided to skip her senior year of high school and remain in Olympia, Washington. Cilla, an original flower child of the 1960s, is fine with her granddaughter shacking up with an older man named Gifford. When Andrea discovers the details, a battle of the generations ensues. Andrea attempts to blackmail Gifford, and Cilla reveals why she gave up Andrea to be raised by her own mother.

Stetson Theatre Arts’ Second Stage is located inside the Museum of Art, 600 N. Woodland Blvd., adjacent to the DeLand campus. Free parking. Admission for this production is $12 for adults, and $10 for seniors and students. Stetson students, faculty and staff are admitted free with a valid ID. Tickets will be available at the door and reserved tickets must be picked up 30 minutes prior to the start of the show. Box office will be open one hour prior to curtain. Seating is extremely limited for this production, so reservations are strongly encouraged. Face masks are required for all audience members. For information or reservations, call Stetson Theatre’s “Second Stage” box office at (386) 822-8700.