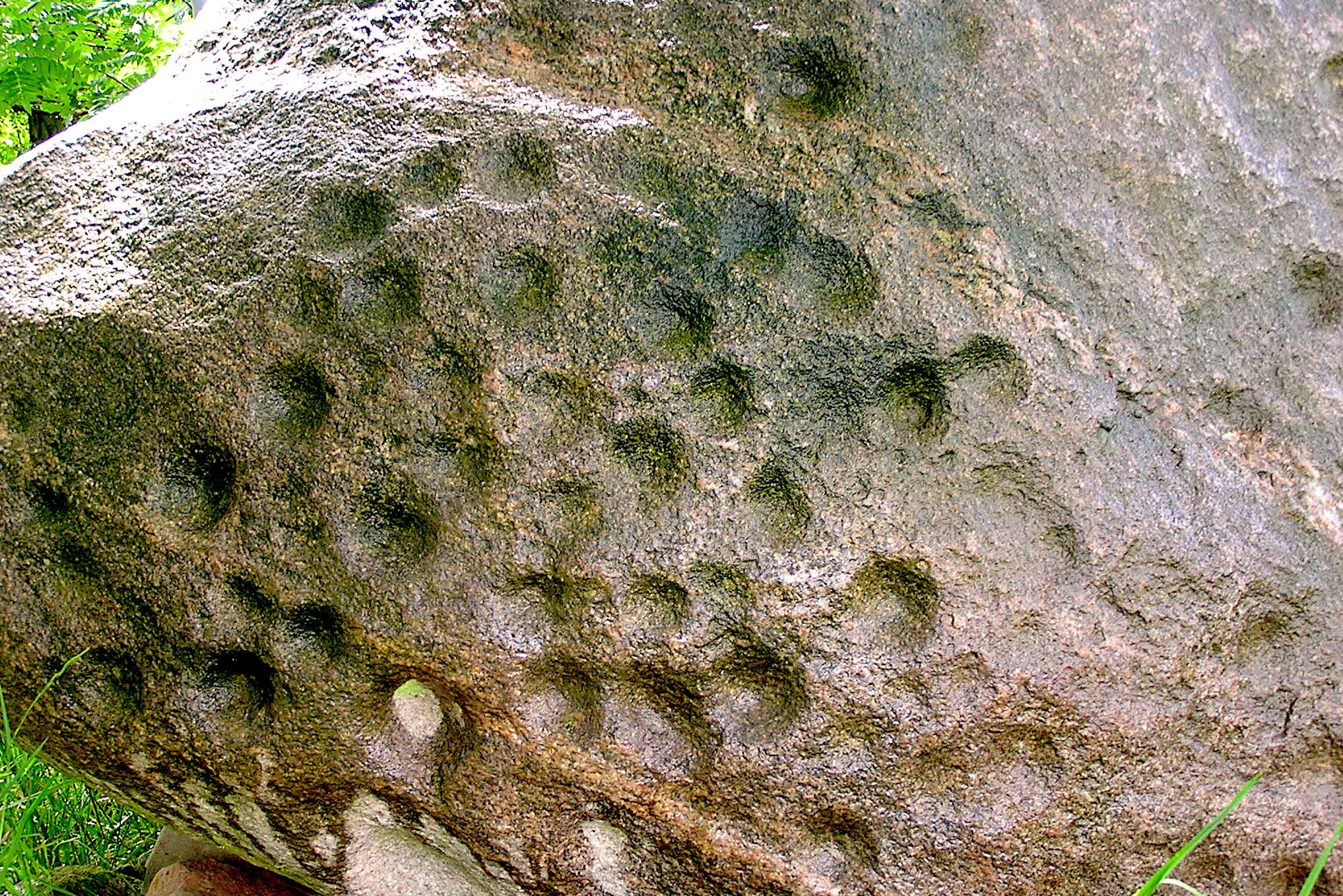 The “Teufelsstein” or “Devil’s Stone” lies adjacent to a passage grave between the villages of Bippen and Eggermühlen in Lower Saxony, Germany. 52°N 34′ 28.4″, 7° E 46′ 29.8″. The stone was moved here some time after Walter Nowothnig conducted a scientific examination of the boulder in its original resting place a little south of Restrup in 1956. The pink granite block measures 1.75 m long, 1.15 m wide, and 1.1 m high. It has two white quartz ribbons running through it, a common feature of stones used in these sites. The name derives from local legends about the devil pressing 66 cup marks into the stone with his thumb. Many theories exist about the meaning of cup marks, which are found in megalithic sites throughout Europe, but none has been proven conclusively. They may mimic constellations in the sky and have been used in rituals in which they were filled with water and reflected astronomical phenomena. The archaeological excavation uncovered flint, charcoal and broken bones. It was not ascertained whether these skeletal remains were animal or human. The passage grave next to the stone dates from between 3500 to 2800 B.C.E. The site’s Sprockhoff number is 886.