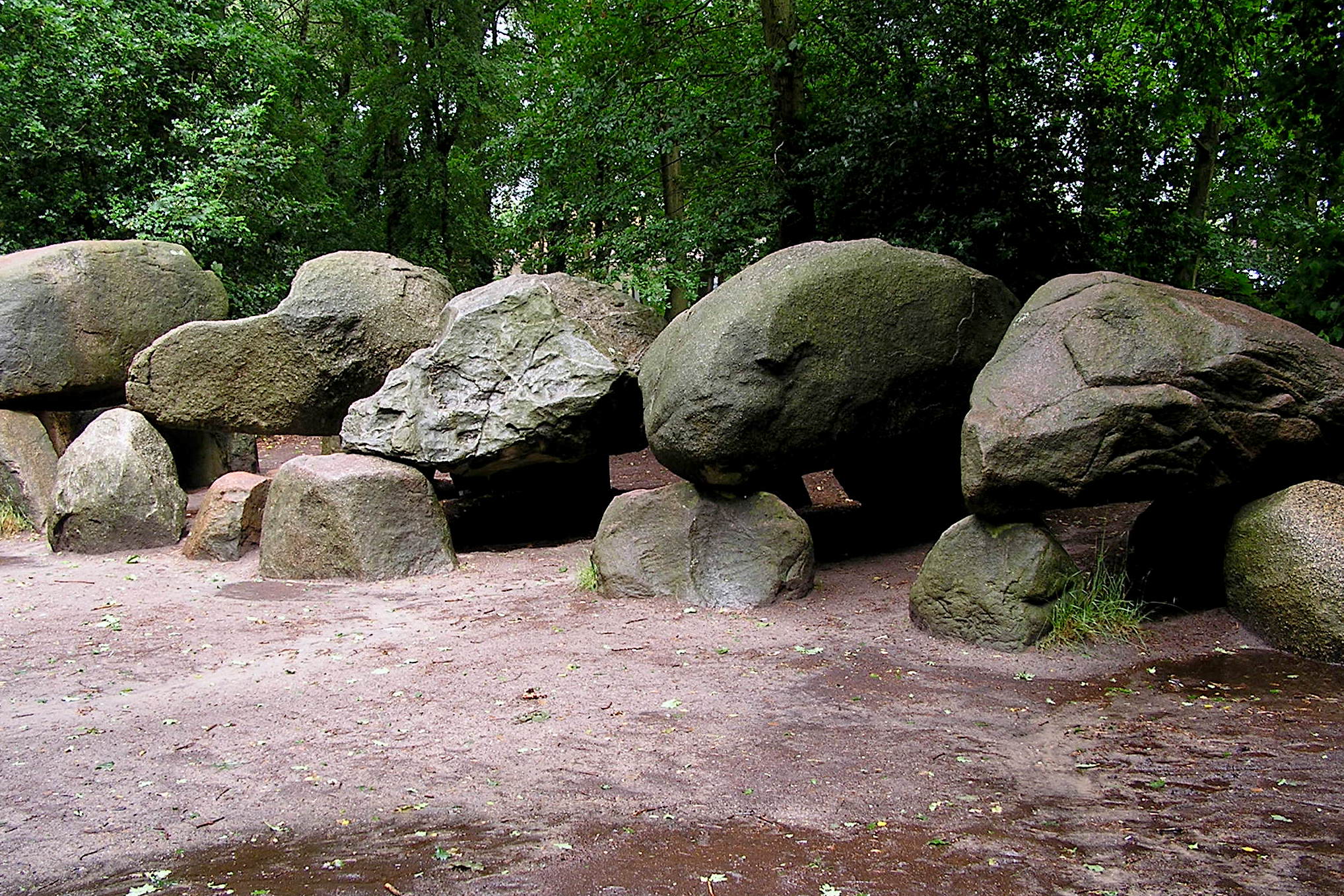 This “hunebed” or passage tomb is adjacent to the Visitors Center in Borger, Netherlands. Its 9 massive cap stones define a length of 22.6 meters, making it the largest of Holland’s hunebeds. A small part of the monument was likely excavated as early as 1685. The site contains an underground chamber that is sealed for the foreseeable future. Archaeologists estimate the tomb was constructed around 3400 B.C.E. It features 28 support orthostats. When a Professor Van Giffen excavated the site, the 9 cap stones were present, although not in their original order. 22 of the kerbs and keystones were in place, along with an entryway. There was no mound or circular stone ring, although these were likely part of the original structure. The Dutch government bought the site from the town of Borger in 1869.