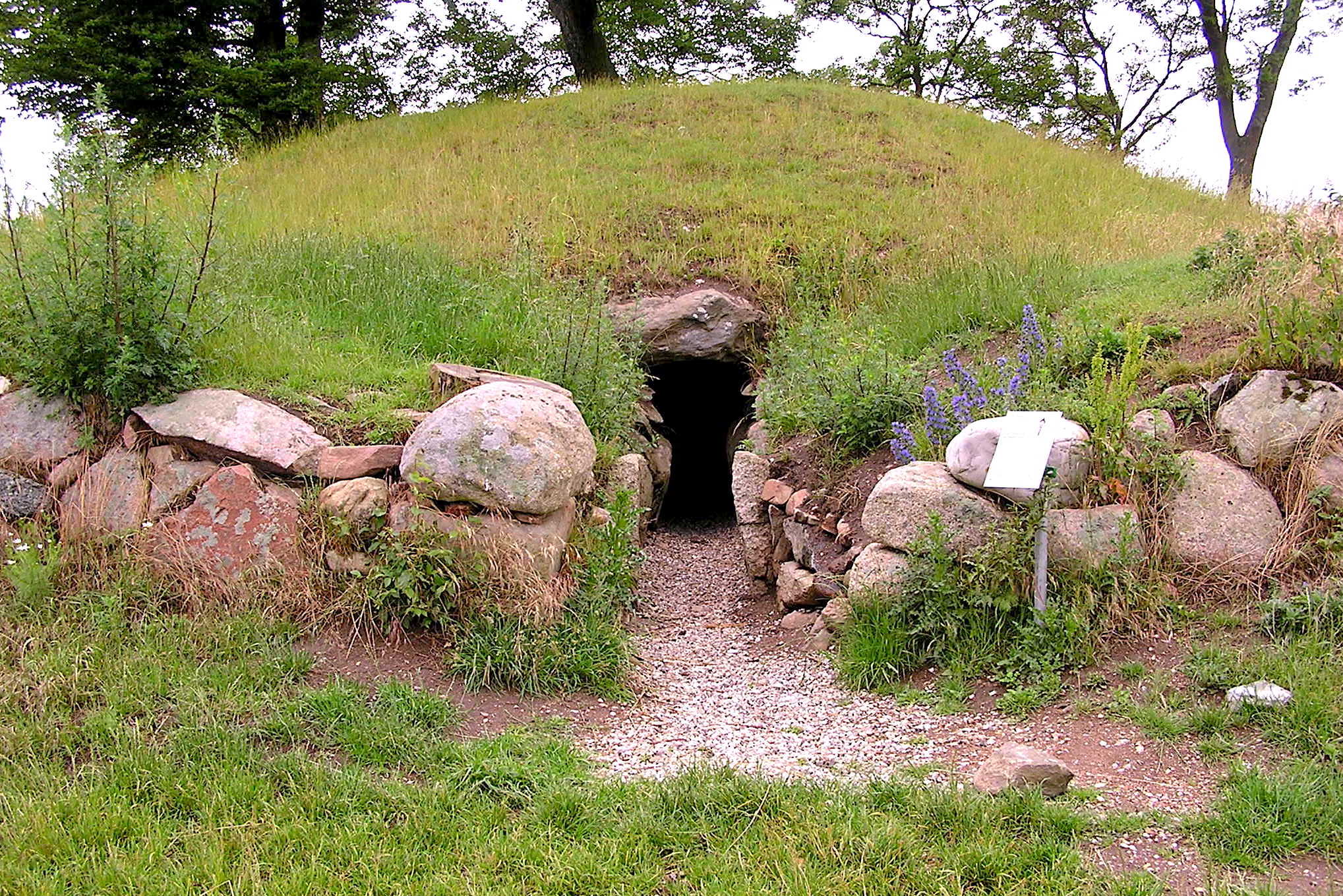 This passage tomb near Lejre, Denmark was built circa 3100 b.c.e. The burial chamber is 7 x 1.8 meters and features 15 large orthostats. The ceiling of the burial chamber is covered by 4 large capstones weighing at least 10 tons. 7 pairs of orthostats line the hallway, where you can view a framing stone that may indicate where a wood or stone door was. The visible stone kerbs around the mound were added in the 19th century, and the original kerbs lie hidden in the mound just behind the new stone wall. Denmark is estimated to have over 1,800 dolmens and 700 passage tombs, many of which were plundered for stone and other contents before passage of the Nature Conservation Act of 1937.