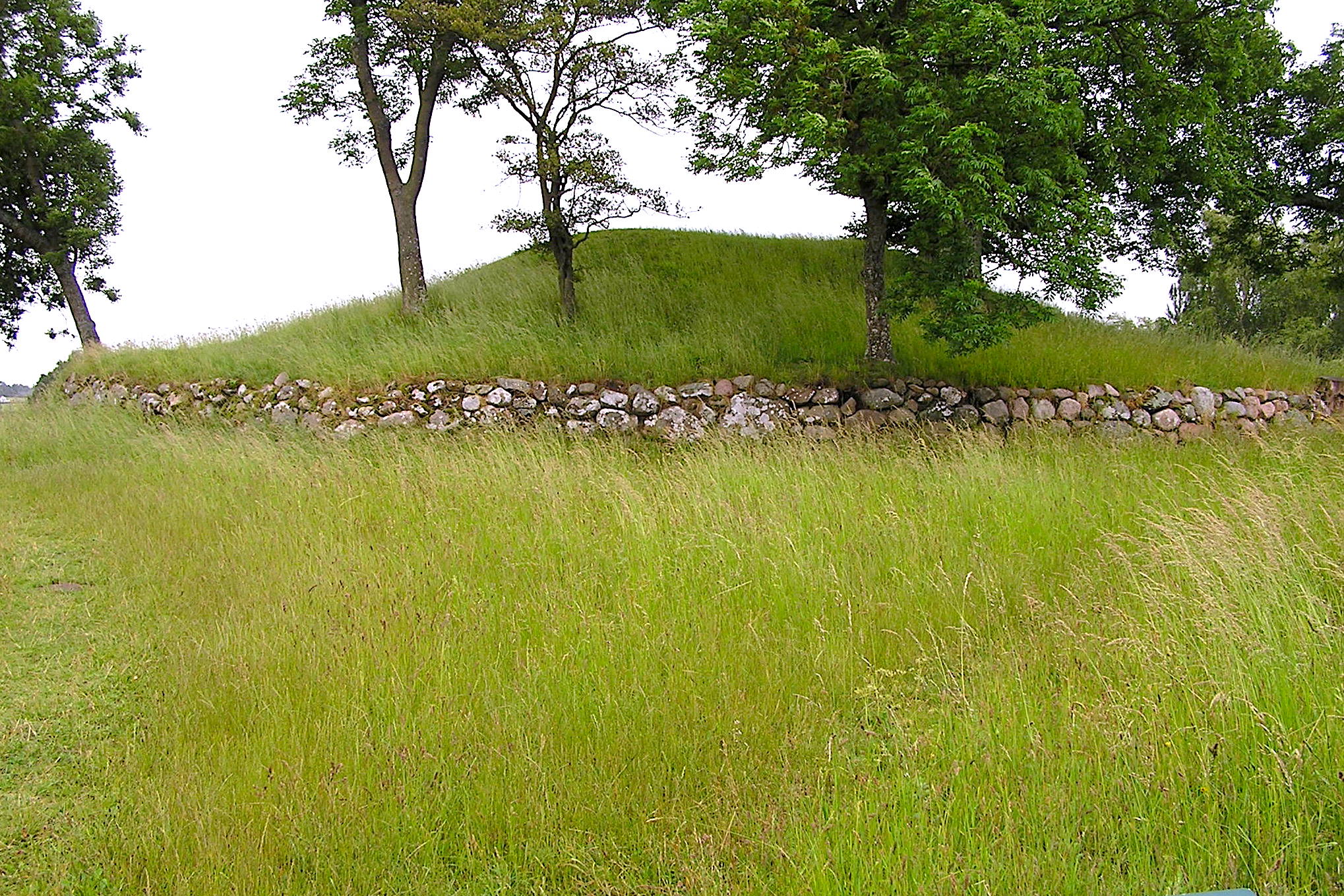 This passage tomb near Lejre, Denmark was built circa 3100 b.c.e. It was discovered by two brothers in 1932, when they discovered a hole at the top of a mound in a field. They dropped a stone inside and heard a hollow sound. Subsequent exploration led them to the tomb’s entrance, which they cleared to gain entry into the inner chamber. They found flint tools, a clay vessel and beads of bone and amber. There were also multiple piles of bones. The tomb has a narrow 6.8 m passage chamber. Urns and bronze objects found at the site indicate it was reused as a burial site until about 700 b.c.e.