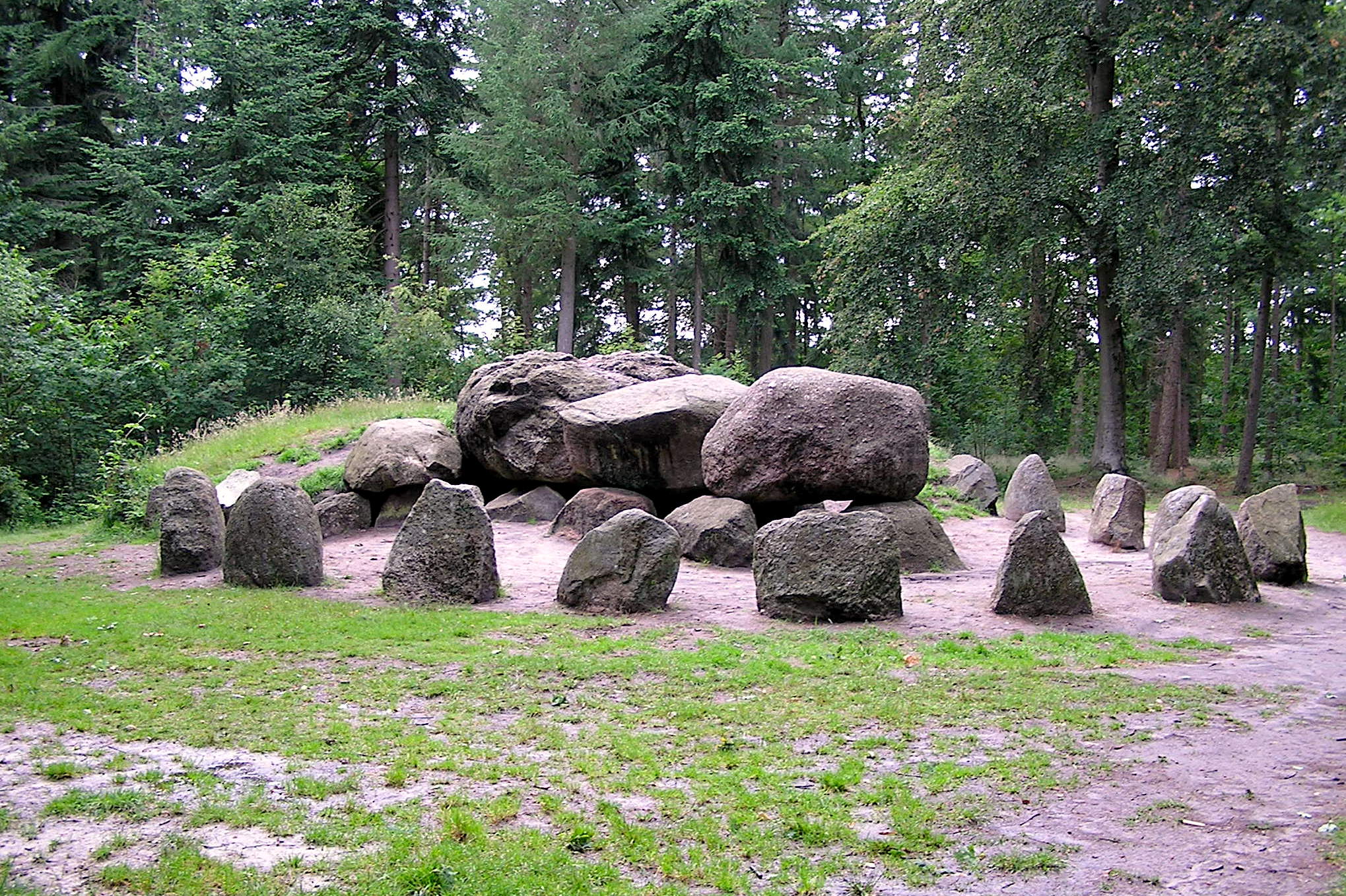 This site is sometimes referred to as the Papeloze Kerk, which can be translated as “pope-less church,” or “priest-less church.” There may be some association with local anti-Catholic Protestants who are said to have conducted religious services in secret here. The site is a reconstruction and features kerbs, a long entryway and three large capstones that radiate out from a side chamber. It is situated now in a forest and is surrounded by trees. The side entry passage is oriented 220 degrees SW, possibly sunset on the winter solstice. The main entry passage is oriented 130 degrees SE, possibly sunrise on Winter solstice.

The site was heavily damaged in the 1860s by locals who used it for building material. The first excavation was in 1938. In 1959 another excavation was undertaken by A. E. van Giffen. He restored it as a demonstration model of a Dutch “hunebed” or passage tomb. Only the north-western chamber earthwork was restored, while the south-eastern part was left uncovered. Van Giffen can be faulted for taking stones from other sites, including 11 stones from a tomb (D33) nearby. This kind of reconstruction is highly dubious, although it does preserve the site from further degradation. The site is much visited by tourists and locals. For more photos see: https://www.megalithic.co.uk/article.php?sid=411 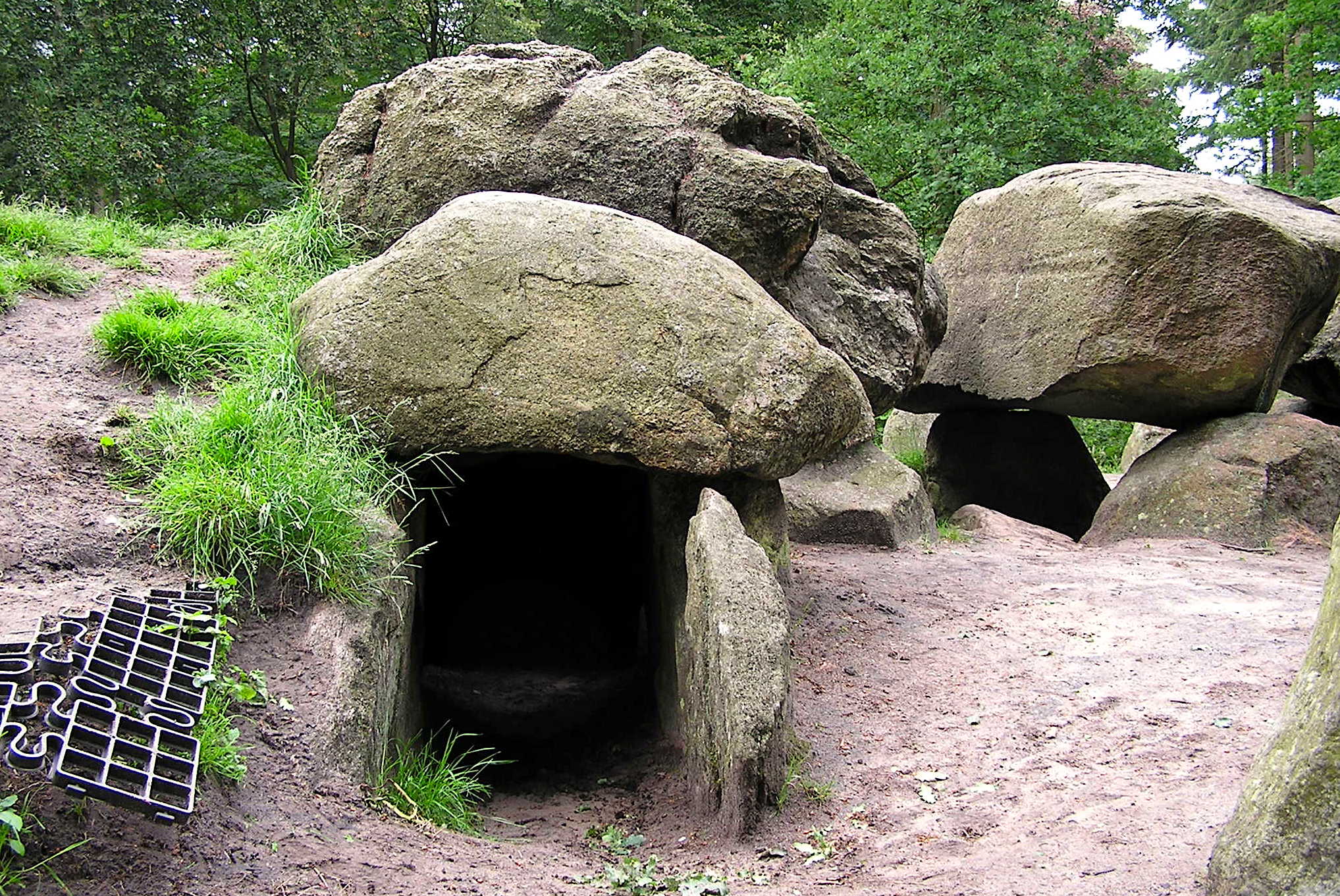 The side entry passage is oriented 220 degrees SW, possibly sunset on the winter solstice.