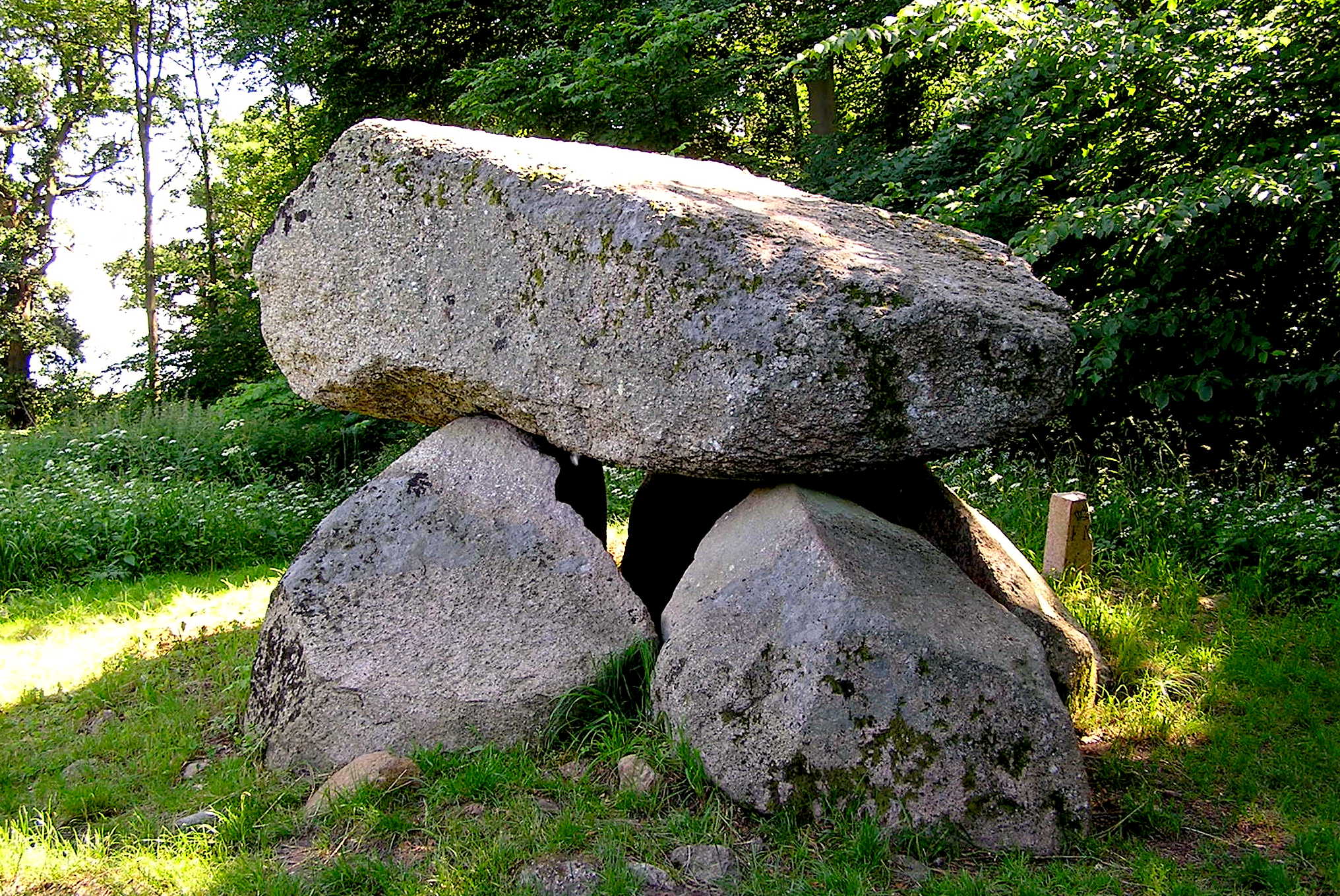 This well-preserved pink-granite dolmen is in Gronnese Skov, a forest that belonged to Count Carl of Hesse between 1792-1804. His son-in-law Crown Prince Frederik VI was to become the last king of a united Norway and Denmark. The site dates from between 3500-3100 B.C.E. and is one of an estimated 16,000 dysser (dolmens) that existed during the Neolithic Era in Denmark. Only 1,500 remain. It sits at 158 feet of elevation, 56 N 02.682′, 12 E 12.56′. The entrance appears oriented 110 degrees southeast or 290 degrees northwest. There are five support orthostats under the large cap. It measures 1 meter in height and 2 meters in length. The site has a view of the sea to the east, south, and southwest. Local legends say the stones were hurled by a giant from Jægerspris towards Torup Church, a nearby 12th century Romanesque edifice. The Neolithic farmers of this area left grave goods such as amber beads and polished flint axes in tombs like this, possibly as gifts to the gods for future good harvests. 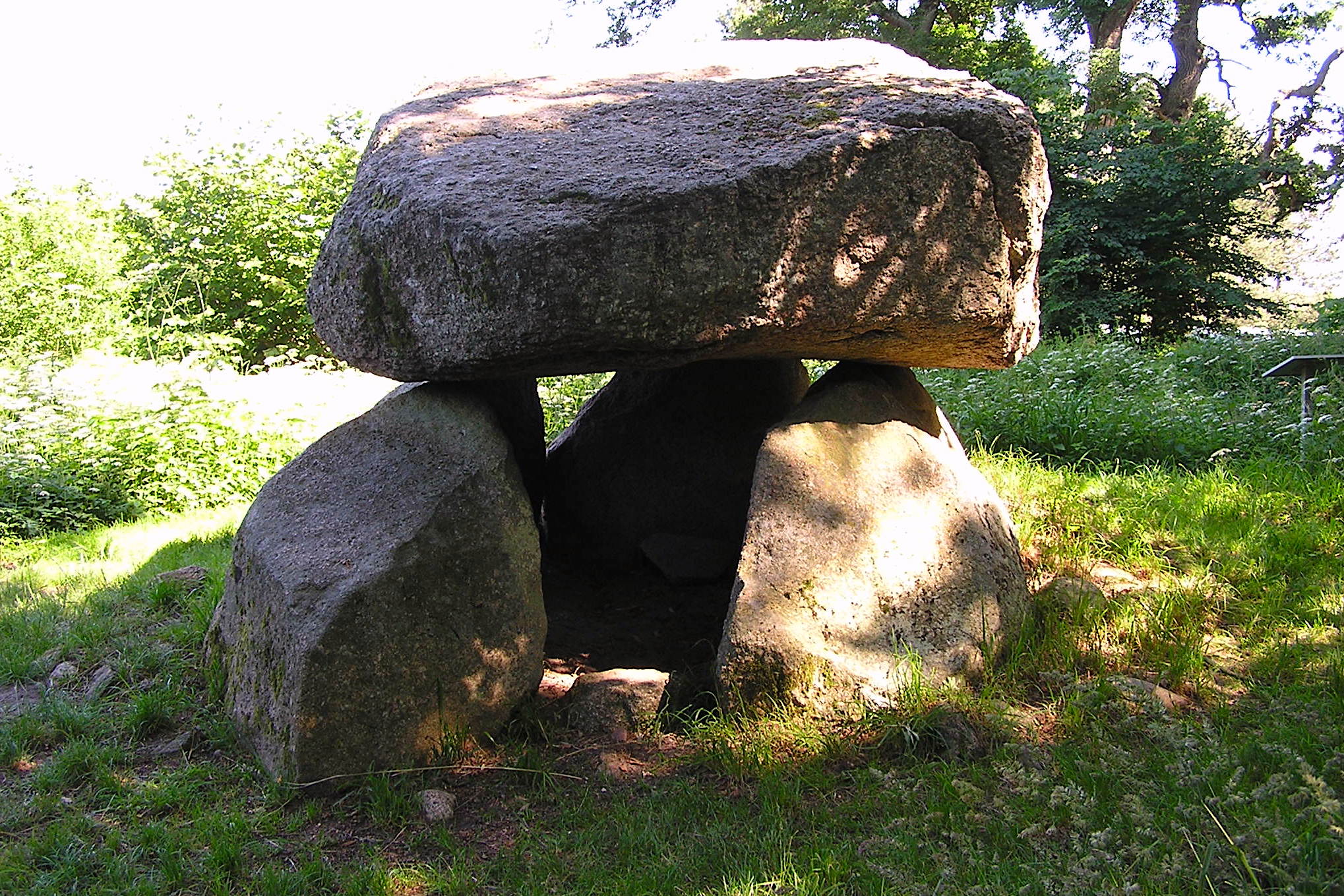 You can reach the site by heading to Grønnessegaard Gods, located off the Amtsvejen 16, a one-hour drive from Copenhagen. This heritage site allows visitors to explore the royal estate as it was in the 17th-18th century. There is a car-park and private airstrip nearby. 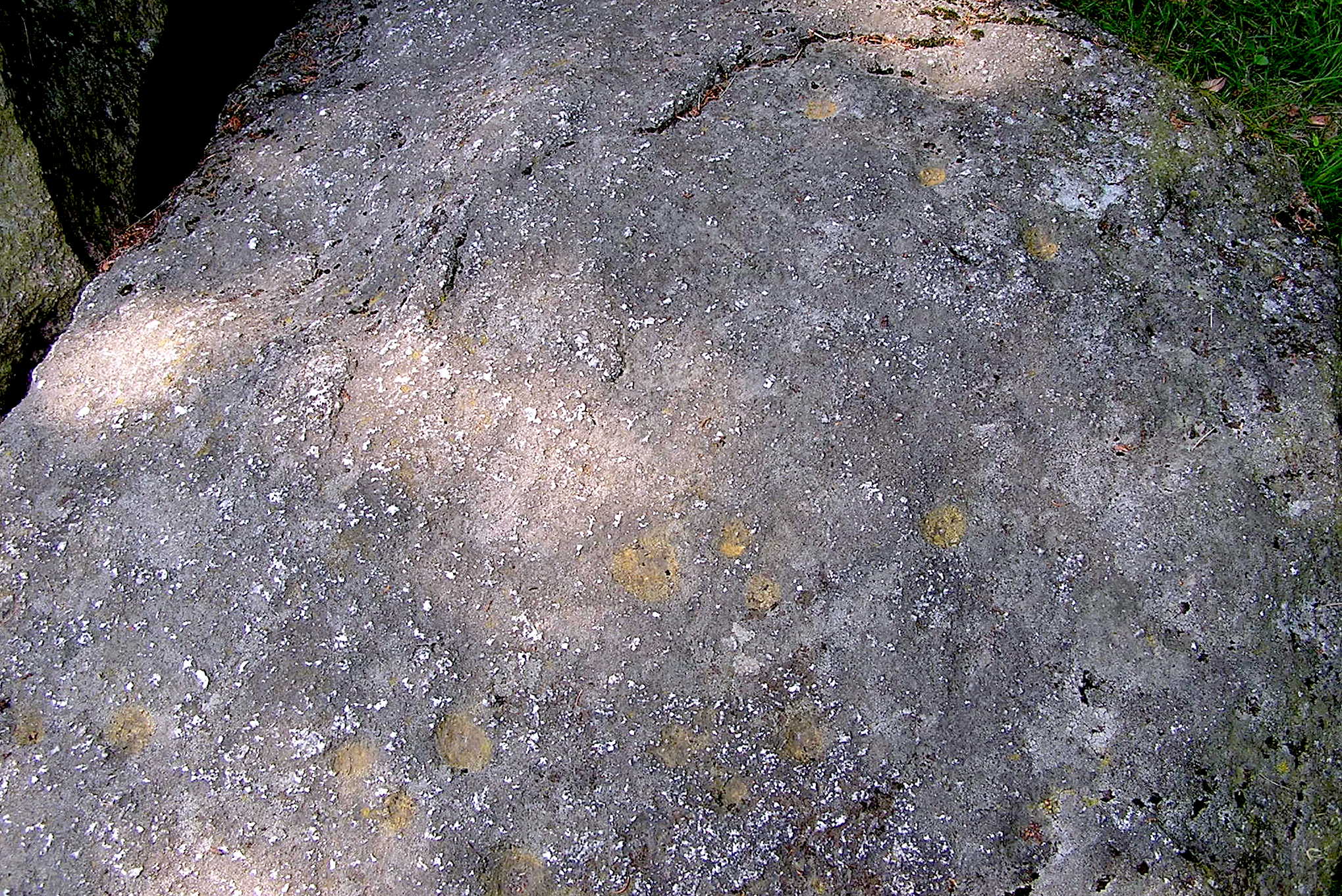 The massive capstone has these cupmarks.