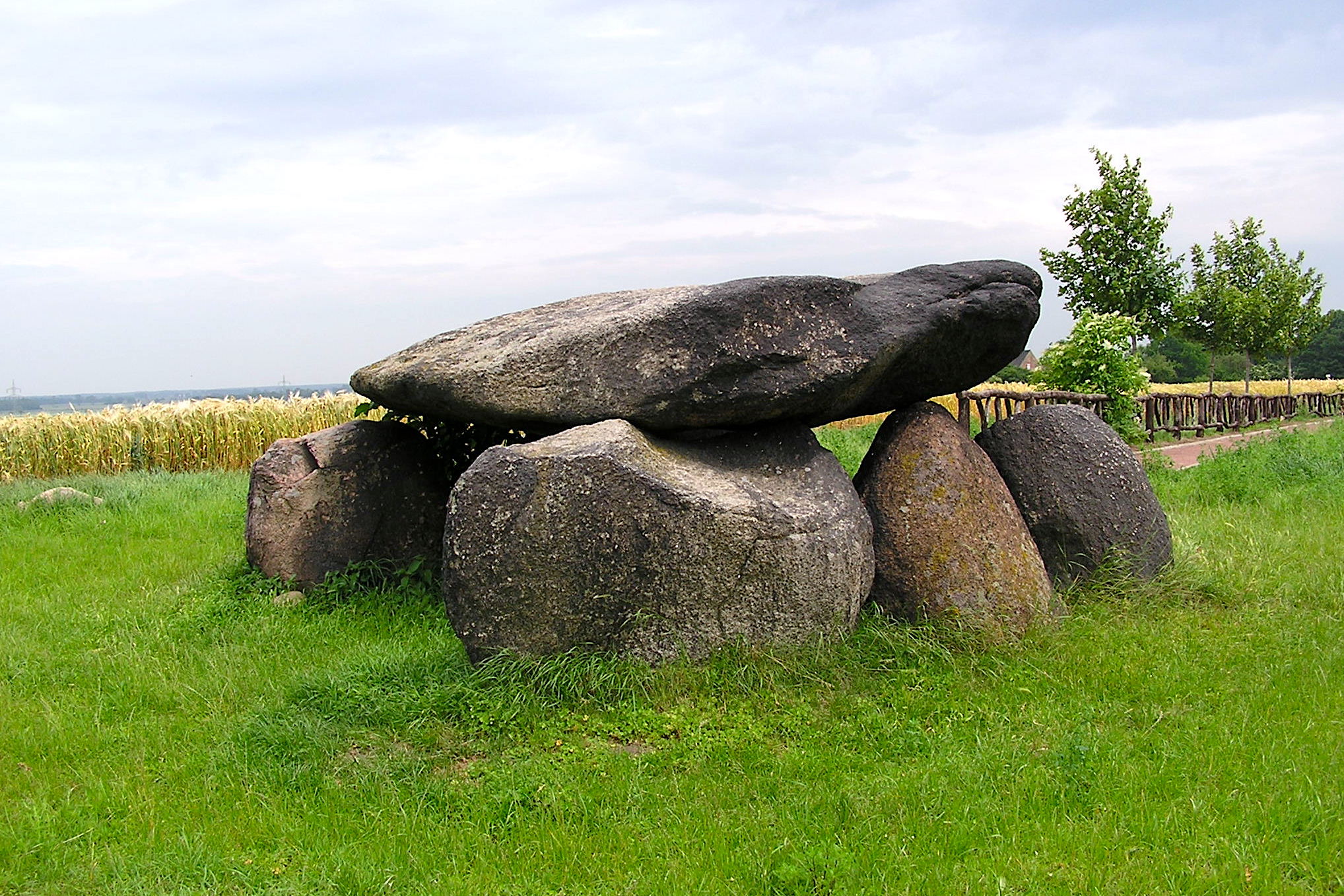 The Teufelskeller (Devil’s Cellar) dolmen is located near near the village of Drossa in Saxony-Anhalt, Germany. It is sits at an elevation of 240 feet. 51 N 49”.635′, 11 E 54″.517′. The large flat capstone rests on 3 orthostats on each side of the entrance. The location is a knoll with a commanding view of the surrounding landscape. According to the information panel the length of the trapezoidal chamber was originally 9,20m and the height was between 1.5 and 2m. The original megalithic complex here was uncovered around 1700. In the course of land consolidation, demolition of the site began in 1903. 70 truckloads of remains were removed in spring 1904. From April 13th to 26th, 1904, the site was excavated by the Köthener History Association under the direction of Otto Gorges. In 1904 there were still 15 granite wall stones with heights between 1.5 and 2 m. Relatively few finds were found in the corridor. There were scattered stones and ceramic shards as well as a few pieces of flint and two slightly damaged ceramic vessels. 35 vessels were found in the chamber along with numerous sherds that could no longer be reconstructed into vessels. Six vessels were flat, undecorated bowls with handles or eyelets or double eyelets. The rest of the vessels were mostly cups decorated with lines, dots, zigzag and herringbone patterns. Excavators also discovered a stone ax, a saw, several flint arrowheads, a pierced bone and a beaver tooth. All finds recovered during the excavation are now in the Historical Museum for Mittelanhalt in Köthen. 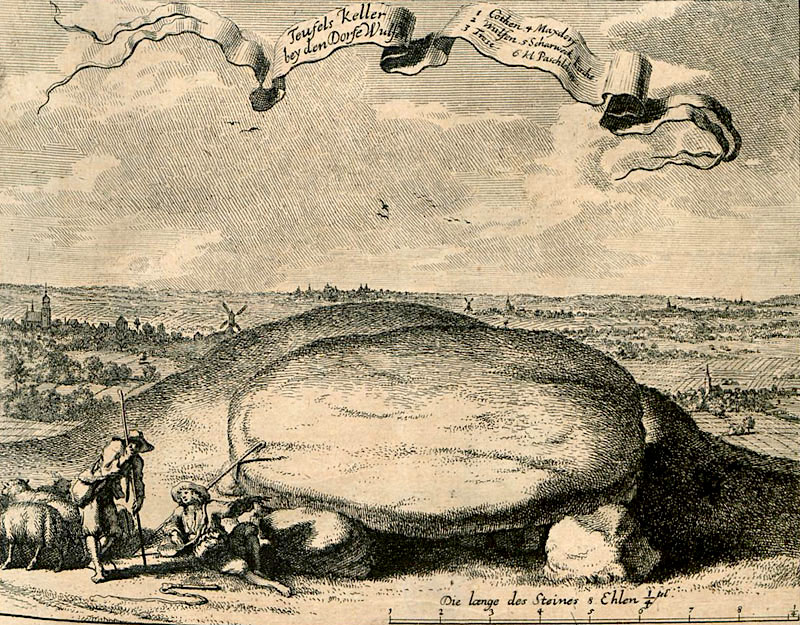 The above engraving of the site is from History of the Principality of Anhalt (1710). For more information see https://de.wikipedia.org/wiki/Gro%C3%9Fsteingrab_Drosa