As a journalist covering reality TV (Dehnart) and a TV critic for the Wilmington, N.C., StarNews (Hidek), the two are very knowledgeable about the best – and worst – shows on television. So they were perfect picks to be presenters at the Television Critics Association’s 27th Annual TCA Awards presentation on Aug. 6.

Both are members of the Television Critics Association, and they worked together in college for Stetson’s student newspaper, The Reporter. Dehnart earned his undergraduate degree in 1999, and Hidek graduated in 2000.

Twelve awards were presented at the Beverly Hills, Calif., ceremony that recognized the top programs and actors of the 2010-2011 television season. Nick Offerman, star of NBC’s “Parks and Recreation,” hosted the annual invitation-only event, held at The Beverly Hilton hotel in conjunction with the TCA’s summer press tour. The ceremony bestowed awards in 12 categories to recipients in comedy, drama, reality, miniseries, news and youth programming. Winners and other details can be found in the TCA news release on the event.

The award presented by Dehnart, for Outstanding Achievement in Reality Programming, went to CBS’ The Amazing Race. Read Dehnart’s story about the evening at Reality Blurred.

The Movie-Mini-Miniseries award presented by Hidek went to PBS Masterpiece’s “Sherlock.” Read his story about the event at StarNews Online.

A highlight of the evening was when the Heritage Award was presented to the Dick Van Dyke Show. “Carl Reiner, who created the show, was there, and he’s just hilarious,” Hidek said.

The awards program is not televised, and that’s part of its beauty, Hidek said. “The actors and producers who were there could just speak from the heart and be themselves and have a nice night talking about television without worrying about being ‘on,’” he said. 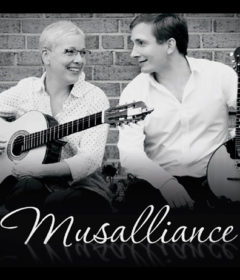