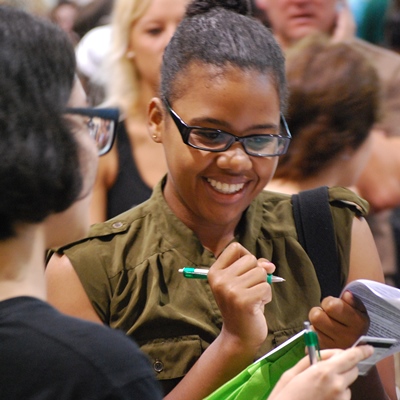 Students at Stetson can receive 2014 scholarship based on 2013 requirements.

Changes to Florida’s Bright Futures Medallion scholarship program have prompted officials at Stetson University to step in to try and fill the gap for those who were hardest hit – capable and qualified students from under-represented groups.

“We were disappointed when we learned of the effect that changes to the law will have on students who are already under-represented in higher education,” said Joel Bauman, Vice President of Enrollment Management at Stetson. “Test scores are only one measure of a student’s abilities, but are being given the lion’s share of weight in the decision-making process.”

To compensate for these changes, Stetson has created a university-based, supplemental award called the Stetson University Medallion Award. For students entering the university in fall 2014, anyone who would have qualified for Bright Futures funding under the 2013 SAT/ACT requirements will be able to receive the equivalent amount, about $2,250, under the Stetson University Medallion Award.

“We feel that the timing was insufficient for many students to prepare for the significant change in Bright Futures,” said Bauman. “Because of the unequal effects on first generation and students from under-represented backgrounds, and in particular to meet the needs of qualified students, we will support them with university and donor funds.”

For more information on the Stetson University Medallion Award, contact Admissions at 386-822-7100 or [email protected]