A sense of accomplishment and prestige comes with winning an award. Just ask students in the Hatter Network.

In August, the judges of the Sunshine State Awards presented the Hatter Network, Stetson’s student media group, with four awards for The Reporter, a bi-monthly print and digital magazine.

Through the awards, the Society of Professional Journalism of Florida recognizes achievements in various categories: newspapers and magazines, design and photography, television, radio and digital, as well as Spanish language, college and high school.

Topping the list was the impressive first-place award for Best Single Issue. Counseling Through Crisis: COVID-19 and Mental Health was the cover story for the winning Fall 2021 Issue II, which was produced during the pandemic.

“Back then, we wanted to do something innovative,” recalls Calista Headrick, executive editor of that issue. “We wanted the cover to be jarring, and we wanted to hit home the message about mental health. It was a stressful time for us as students.”

The cover photo featured double images of a woman’s face and had a vibrating effect — representative of how students felt during the pandemic.

According to Crystal Baroni, Stetson’s coordinator for student organization advising and programming, who worked with the staff, making the win especially “amazing” was its category. The entry category was Magazine, not College. As a result, the students were actually competing against professionally produced consumer magazines.

The Reporter also received awards for outstanding writing, including a first place in the category of Light Feature for A Student’s Best Friend; Stetson Pets, Mental Health, and COVID-19, written by Emily Derrenbacker and designed by Cassandra Bradley.

A second-place award for Commentary & Criticism was received for Diversity, Inclusion, and Controversy in Marvel-Disney’s Historic “Shag-Chi” by Erica Lucio.

Jillian Semmel was the photo editor on all three stories, and Isabel Solorzano served as the creative director.

Despite the growing trend toward digital news, The Reporter’s print issues are enjoying a resurgence. Baroni attributes the new interest to two factors. One is the inclusion of photos of students active on campus. “If a student or a student’s friends are in the issue, they’ll rush to pick up the print copies,” Baroni says.

Also, the staff created a regular feature called Unpacked, spotlighting students and what items they carry in their backpacks. The fresh approach has a certain appeal, since rummaging through a student’s backpack is poor etiquette. Yet, in a fun, upbeat way, Unpacked reveals another, more intimate, side of the person featured.

The Reporter, which began as Stetson’s newspaper The DeLand Collegiate in 1887, morphed into a magazine in 2016 after a student media task force found overwhelming support for a vibrant, independent, student-run media capable of contributing to many of the university’s goals.

Today, The Reporter features campus news, in-depth reporting on what students are thinking, sports coverage and opinions of members of the Stetson community — in a creative, award-winning way. 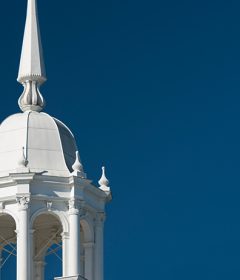 Stetson University Board of Trustees Approves Chair-Elect and Renovations 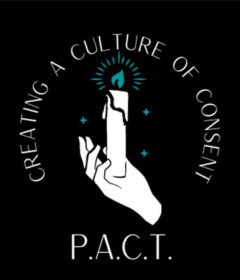