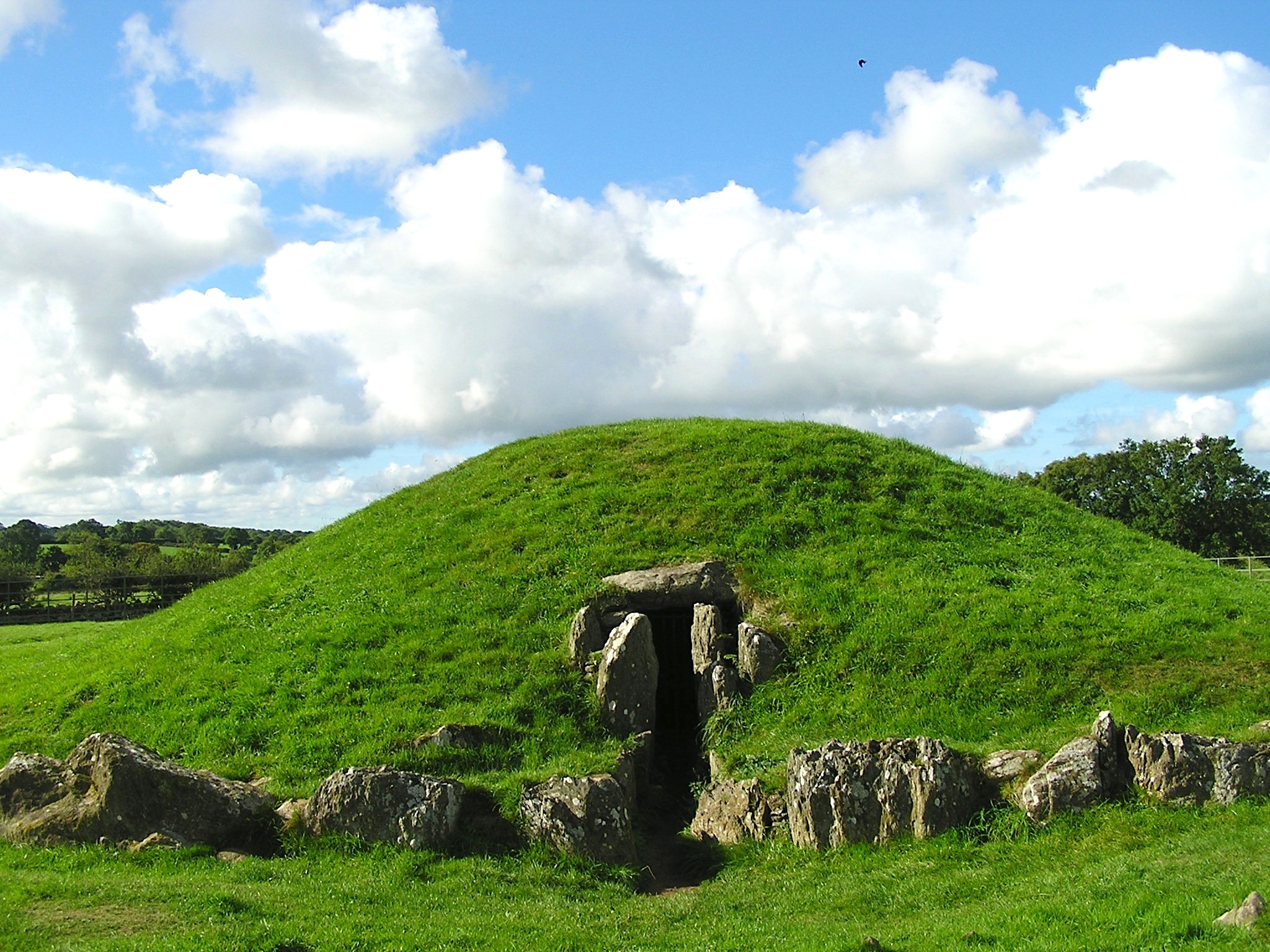 This restored passage tomb is much smaller than the original and is oriented about 60 degrees northeast, possibly aligned to sunrise on Summer Solstice. It is popular with local Pagans. The mound sits at an elevation of 115 feet. It is signposted from the road. At the interior is a large, almost rounded menhir. The site began as a Late-Neolithic henge around 3000 b.c.e., into which later a passage tomb was built (2000 b.c.e.) The reasons for this are not clear, but perhaps a shift from tracking the seasons and alignment to the heavenly bodies toward greater concern with ancestor worship might have been involved. Kerbs line the front of the monument. The passageway is 8.2 meters long and .9 meters wide. It opens into a higher, polygonal chamber that is covered by two large capstones and measures 2.4 meters in width. A pillar that is a copy of the original sits at an added entrance on the southwest side. This site was excavated in 1865 and 1927 through 1931. Flint arrowheads, a stone bead, quartz pebbles, human bones, both charred and unburnt, and mussel shells were found.