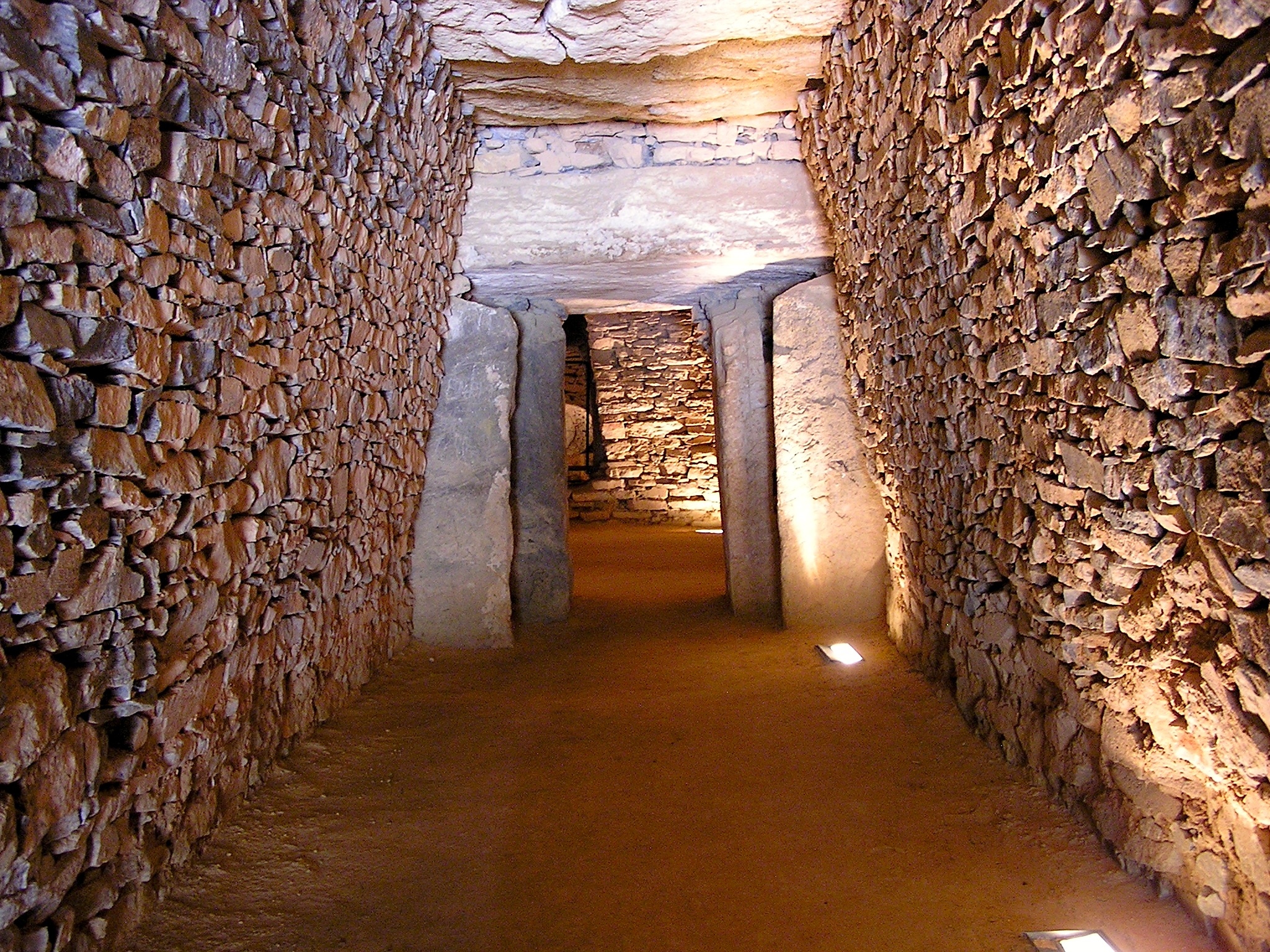 The long passageway at Cueva del Romeral is 3 meters high and constructed of small stone blocks rather than orthostats. At the end of the corridor there are two round beehive-like chambers sometimes called tholos. Both bones and grave good (shells and ceramics) were found in the inner chambers’ remains. The Cueva dates to 1800 b.c.e., much later than the two other megalithic structures in the area. Romeral is attributed to the Los Millares culture, whose center was 200 kilometers to the east of this site.