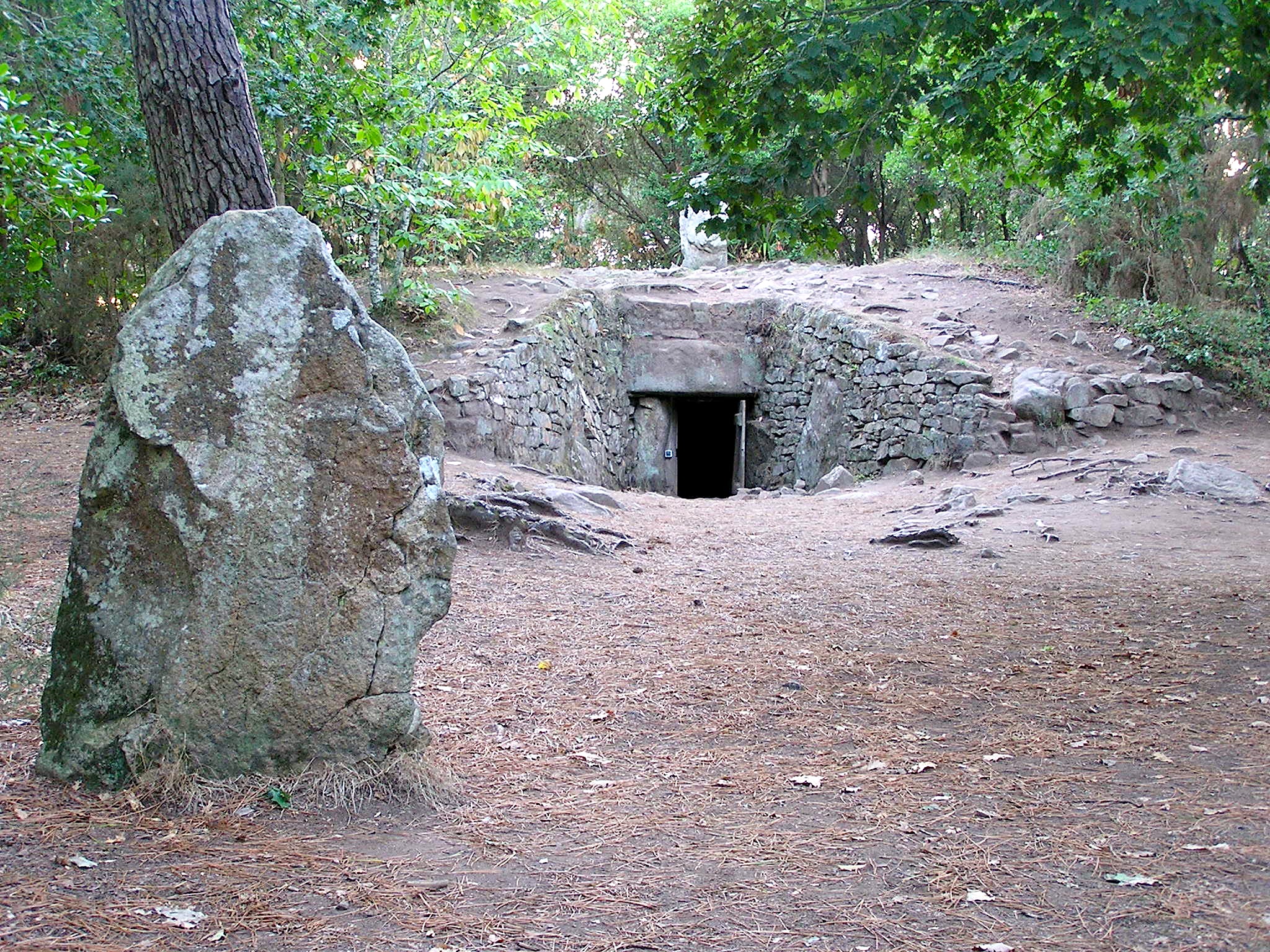 This is a view of the passage tomb at Kercado, in Carnac, Brittany. Charcoal excavated from the site dates it to as early as 5200 b.c.e., making it potentially one of the oldest passage tombs in Western Europe. The site sits on an elevated part of the landscape (98 feet) and is partially ringed to the south by an irregular stone circle whose stones (27) are graded in height toward East-Southeast. These stones are likely grey granite or schist. The orientation of the entry is 130 degrees southeast, possibly indicating sunrise on winter solstice. The tallest of the stones stands outside the passage tomb’s entrance.  The cairn diameter is 40 meters. The single, quadrangular inner chamber measures 2.2 x 3.2 meters. There is also an orthostat at the top of the passage tomb that was added by Z. Le Rouzic  during his excavation of 1925. Inside the tomb, carved into the capstone, is the picture of a large hafted stone axe, similar to the shape found on steles at nearby Locmariaquer. The site was excavated in 1863 and restored to its present form in 1925. Archaeological excavation yielded a number of artifacts, including human bones, pottery, flint, jadeite axes, and 147 variscite beads. Some of these artifacts can be seen at the nearby Carnac museum. A plan of the site can be found at: