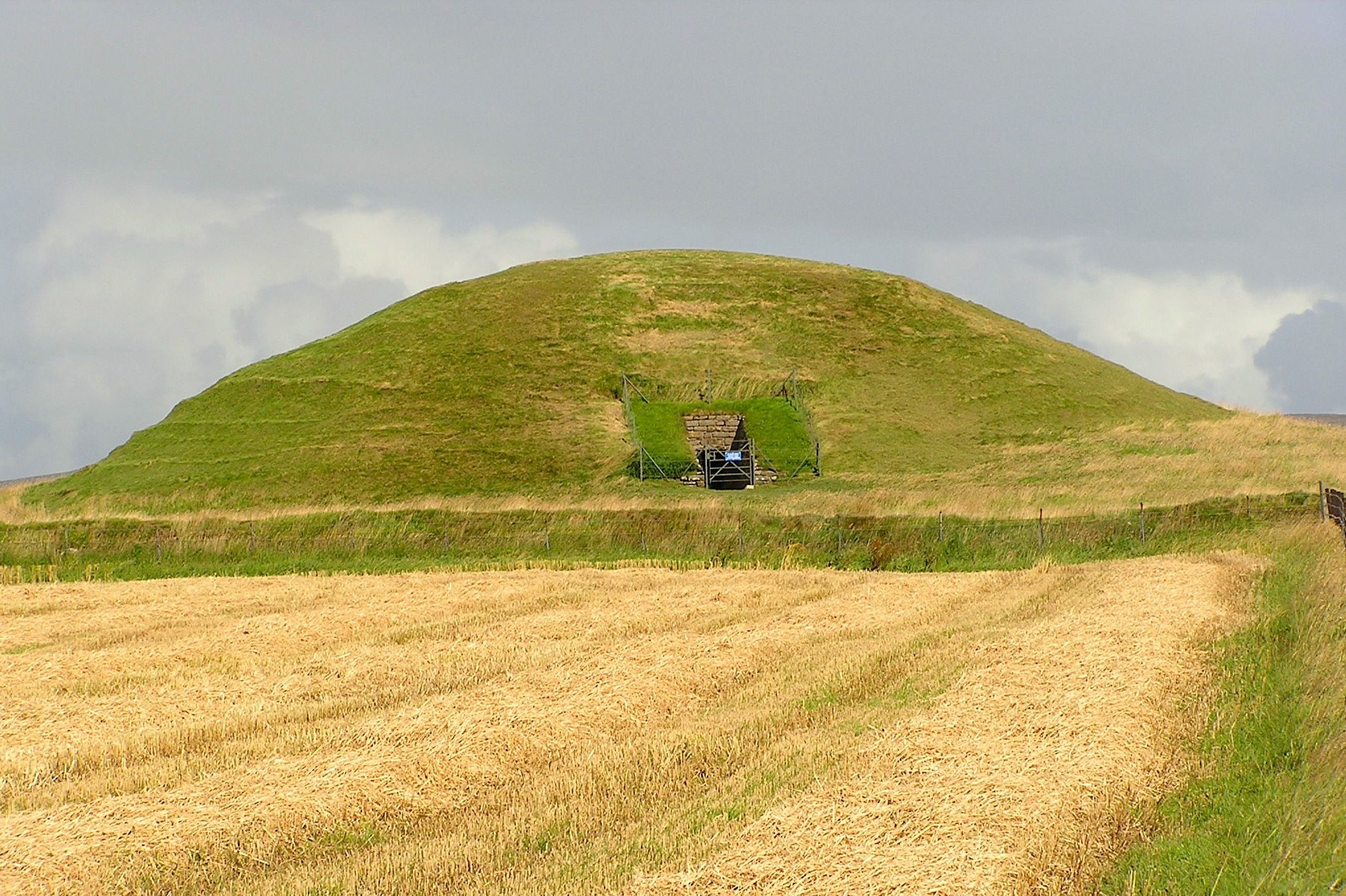 This magnificent chambered cairn was built about 2750 b.c.e. and boasts a large number of runic inscriptions and carvings of a serpent and dragon from a much later date. The cairn is surrounded by a circular ditch and bank. The mound itself measures 35 meters in diameter and 7 meters in height. The construction of the interior is of the highest quality of stone working. The entry corridor, featuring large dressed slabs of sandstone weighing as much as three tonnes, is illuminated each year at sunset during the winter solstice. The corridor, measuring 14.5 meters in length and 1.4 meters in height, is fairly high and easy to move through. The central chamber is 4.5 meters square and 4.5 meters in height. It features three satellite cells that at one time were sealed shut. The site is in clear line of sight with a large menhir to the southwest that marks the sun’s path of descent at winter solstice. Because the blocking stone at the entrance appears to be designed to close from the inside, it is likely that special rituals took place here on a seasonal basis, with the winter solstice being a particularly sacred time. One can also see the Stones of Stenness and the Ring of Brodgar from the site. The orientation of the passageway is 230 degrees southwest.