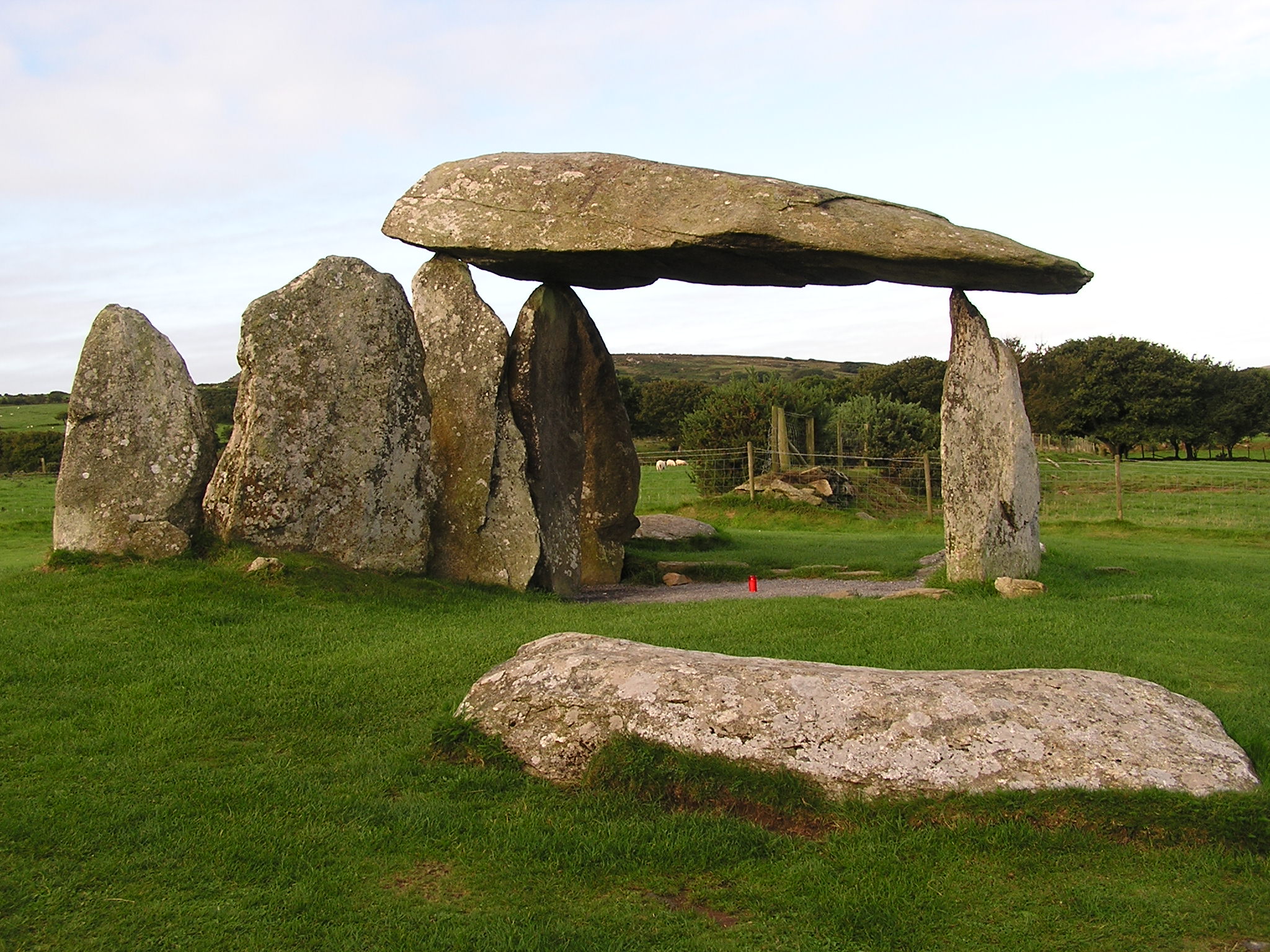 Pentre Ifan (literally, Ivan’s Village) is one of the most popular and stunning dolmens in the world. Its huge capstone is delicately poised on three uprights. The dolmen dates back to about 3500 BCE and stands on the slopes of a ridge that has an expansive view over the Nevern Valley in western Wales. To the south and east are large expanses of mountains. The capstone weighs over 16 tons; it is 5m (16ft 6in) long and 2.4m (8ft) off the ground. The stones of the chamber are all of local igneous rock. The site was excavated in 1936-7 and 1958-9 and was originally a burial chamber that lay within a shallow oval pit. The earth mound covering it was up to 36m (120ft) long. There was likely a semi-circular facade, as in the Irish court-tombs, that was marked by two upright stones on either side of the south-facing portal. The forecourt was blocked with rows of tightly wedged stones; some of the original kerbstones around the barrow can still be seen. There were no burial remains found, but such a large chamber must have at one time been used for collective burials. The prominent site would have been visible for many miles.