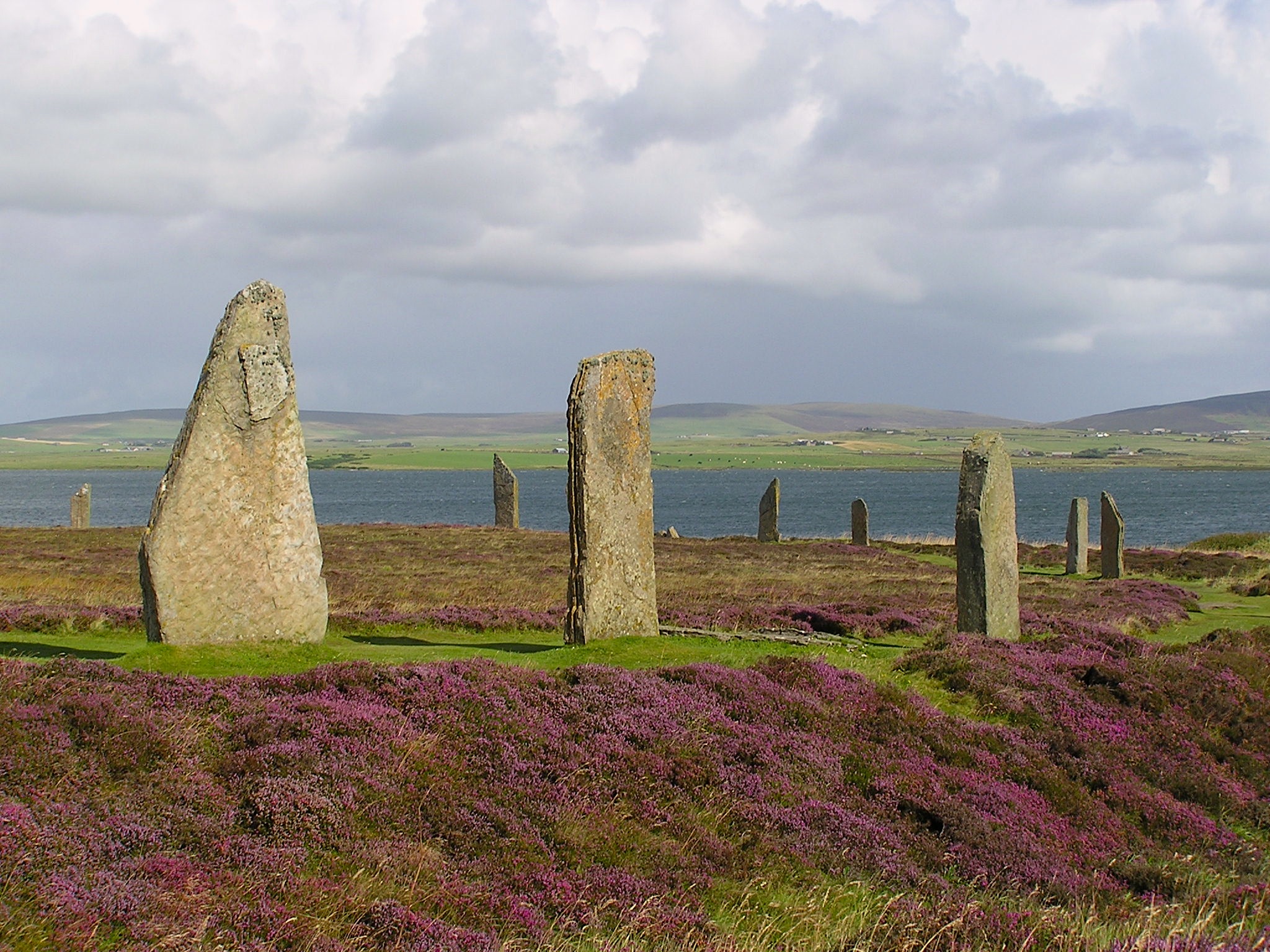 A section of the magnificent stone circle at Brodgar, Orkney, with the Loch of Stenness in the distance. The circle is located on an isthmus between the Lochs of Stenness and Harray. This partial view of the circle shows heather growing in the henge’s ditch that surrounds the circle. The Ring of Brodgar is one of the most impressive stone circle/henges in Great Britain. It measures 104 meters in diameter and features 27 menhirs (although originally there were about 60.) The site’s dating is uncertain, but most scholars agree on a creation date between 2500 and 2000 b.c.e., toward the end of the Neolithic Age. The site lies within a ritual landscape of 2 square miles that features cairns, stone circles, passage tombs, standing stones, stone rows, and mounds. It was clearly a site of some importance during its era, rivaling the ritual landscape at Stonehenge.  In 1999, the entire ritual landscape was declared a World Heritage Site, “Heart of Neolithic Orkney,” by UNESCO. The photo was taken on Aug. 26, 2005.