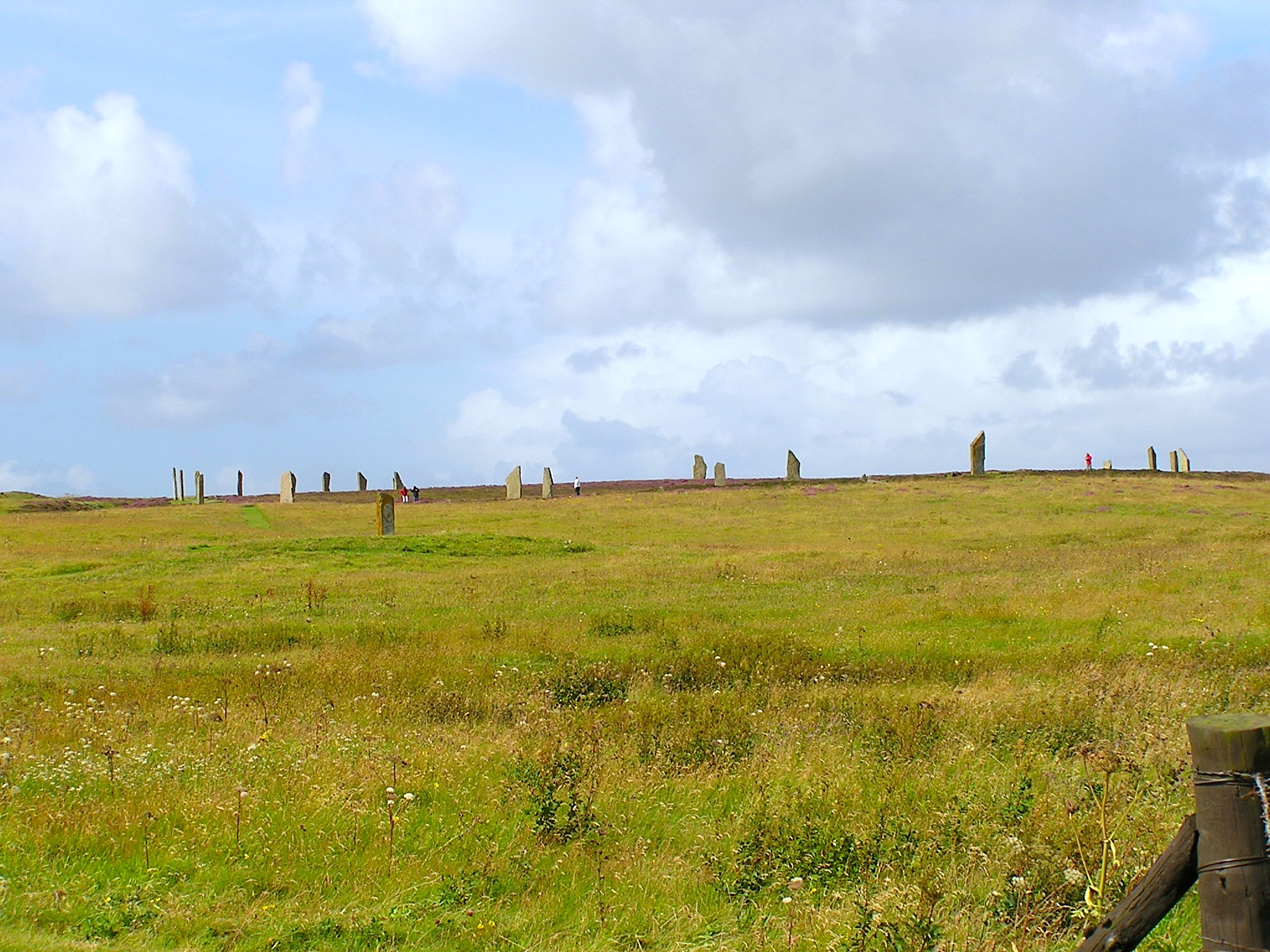 The Ring of Brodgar is one of the most impressive stone circle/henges in Great Britain. It measures 104 meters in diameter and features 27 menhirs (although originally there were about 60.) The site’s dating is uncertain, but most scholars agree on a creation date between 2500 and 2000 b.c.e., toward the end of the Neolithic Age. The site lies within a ritual landscape of 2 square miles that features cairns, stone circles, passage tombs, standing stones, stone rows, and mounds. It was clearly a site of some importance during its era, rivaling the ritual landscape at Stonehenge. The Ring of Brodgar most closely resembles the great circle/henge at Avebury in Wiltshire, England. In 1999, the entire ritual landscape was declared a World Heritage Site, “Heart of Neolithic Orkney,” by UNESCO. This is the view from the road from which one accesses the site. The photo was taken on Aug. 26, 2005.