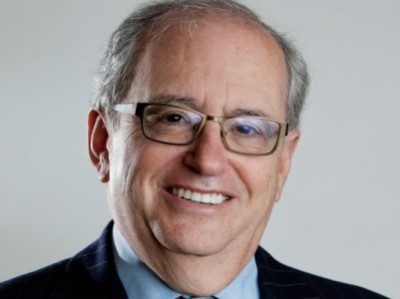 On March 13-15, Stetson will host the 43rd annual Floyd M. Riddick Model U.S. Senate, which seeks to educate students about the legislative process of the United States Senate. More than 100 students from nine colleges and universities across the nation, including Stetson, will meet at Stetson University’s DeLand campus to discuss and debate the issues in one of five legislative committees and on the floor of the Senate. The Floyd M. Riddick Model U.S. Senate will provide students from Stetson and from other universities across the nation with opportunities to further their education and prepare them for a political career. This year’s keynote speaker will be Norman Ornstein, (pictured) American Enterprise Institute Scholar and long-time congressional expert. The lecture, titled Congress: The Broken Branch? is open to the public, free of charge, Friday, March 14 at 7 p.m., in the Stetson Room, second floor of the Carlton Union Building, 131 E. Minnesota Ave. Cultural credit will be provided to Stetson students who attend the lecture. Founded in 1971 by T. Wayne Bailey, Ph.D., political science professor, and then-political science student John Fraser, Stetson’s Model U.S. Senate is the nation’s oldest collegiate level Model Senate. “To me, the Model Senate is a unique and wonderful opportunity for anyone aspiring to a career in politics,” said Robert Jones, student director of this year’s Model Senate. “We bring a Congressional Research Service analyst to Stetson to ensure the event runs just like the U.S. Senate. It is literally hands-on learning for everyone involved. Numerous former participants in the Model Senate have gone on to serve in the halls of Congress, the state capitol in Tallahassee and in other states, and in numerous city and county government posts around the country.  It is a perfect tool to learn about the senate and politics in a very realistic setting.” “The experience allows the students in attendance to take an active role in the American legislative process, rather than learn through the traditional classroom model,” said David Hill, Ph.D., associate professor of political science at Stetson. “During the three-day session, students will assume the role of sitting U.S. senators and attend committee meetings and hearings, press for the passage of their assigned bill, caucus in their respective parties and debate and vote on the Senate floor. Students will not be arguing their own opinions, but those of the senators they are assigned to portray.” Keynote speaker Norm Ornstein is a contributing editor and columnist for National Journal and The Atlantic, and is an election eve analyst for BBC News. Having earned his Ph.D. from the University of Michigan in 1974, he served as co-director of the American Enterprise Institute (AEI)-Brookings Election Reform Project and participates in AEI’s Election Watch series. He also served as a senior counselor to the Continuity of Government Commission. Ornstein led a working group of scholars and practitioners that helped shape the law, known as McCain-Feingold, that reformed the campaign financing system. Ornstein is the author of many books, most recently, the New York Times bestseller, It’s Even Worse Than It Looks: How the American Constitutional System Collided with the New Politics of Extremism, with Tom Mann, published in 2012.  “I am very happy that we were able to bring Norm Ornstein to Stetson as this year’s keynote speaker,” said Jones. “He is a well-respected Washington thinker and one of our country’s foremost congressional scholars. We have been trying to get him to come to Stetson for several years now and I am glad he is finally able to make it.” For more information about Stetson’s Model Senate, please contact Robert Jones at [email protected]