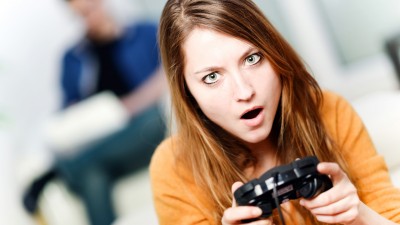 While most see gaming as fun, women in the industry face opposition.

Long seen as a minority group within the gaming community, women today compose 48 percent of the total player population, according to Entertainment Software Association. In fact, compared to young males less than 18 years of age, often considered the “average gamers,” females age 18+ account for twice the population of that gamer subgroup (36 percent compared to 17 percent).

Unfortunately, this significantly large population of women gamers still has very little representation in both the professional industry and in video games themselves. In terms of game developers, protagonists, and characters in general, women are under-represented across the board. Historically, video games are characterized by society as a male activity, and as women pursue greater representation in an activity that they also partake in, some traditionalists are trying to make it more difficult – even dangerous — for them. (See more on Gamergate.)

Robin Koman, Stetson alumna and chair of Game Design at Full Sail University, refers to the issue as a “Hydra of a problem,” where any attempt to face the issue results in many more challenges. From the skewed demographics in the industry, the failure to launch female protagonist games out of fear of dropping sales, and the sexual objectification of most female game characters, Koman shows just how deep this problem goes.

For women who want to enter the field of game design and creation, gender disparity and the wage gap are undeniable. According to the 2014 Gamasutra Salary Survey, five percent of gaming programmers are women, and they earn on average $14,700 less per year than their male colleagues; only nine percent of gaming artists are women, and they earn $20,000 less on average than their male colleagues. 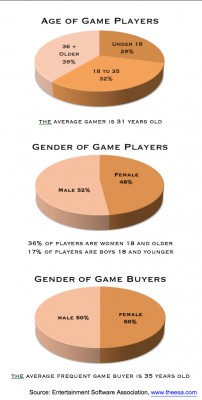 One possible explanation for this gender gap in gaming industry wages is the lack of women earning STEM degrees, like computer science, that are beneficial for success within the field like game programming. According to the Census Bureau’s 2009 American Community Survey, women comprised 48 percent of the U.S. workforce but only 24 percent of STEM jobs. The same survey also shows that the underrepresentation has remained fairly constant over the past decade, even as women’s share of the college-educated workforce has increased.

Overall, the most common explanation for this gender gap is not related to ability, but rather the established social perceptions of these fields. Just like the debate on gender within the gaming community, STEM fields are historically characterized as male dominated, which discourages women from entering the field. Chris Ferguson, Ph.D., associate professor and chair of Psychology at Stetson, explains that gender stereotypes perpetuate like a feedback loop, where the continued classification of STEM jobs as male dominated leads to this persistent gender disparity within the industry. So even as the number of women interested in game design and development increases, these numbers are not reflected behind the scenes.

Gender disparity in the industry also is reflected within the games themselves, where women have little representation as well. According to a 2009 gaming diversity study, only 14 percent of all characters in video games are women, and only 10 percent are playable characters in all games. This again, is due to the social perception of women in video games.

Electronic Entertainment Design and Research (EEDAR) found that there is a sense in the industry that games with female heroes won’t sell. In terms of sales data, EEDAR found that games that included an option of selecting a playable female protagonist received better user ratings, but male-exclusive protagonist games sold better. In certain genres of video games, like action-oriented, first person shooter games, males are still the largest share of buyers, according to Ferguson’s research, making the addition of a female protagonist a risky financial decision for game developers.

Another reason for the lack of female-lead video games include Ubisoft’s claim that adding a female protagonist would create too much work. At the 2012 E3 Conference announcing their new Assassin’s Creed game, creative director Alex Amancio stated that the addition of a female lead would, “Double the animations, double the voices, and double the visual assets.…It was really a lot of extra production work…so the only logical option, the only option we had, was to cut the female avatar.”

Therefore, rather than creating a protagonist, the most common troupes for female characters in video games include the damsel in distress, like Princess Peach in the Mario franchise or Princess Zelda in her own franchise. Other female video game characters are often submitted to sexual objectification. Whereas male characters are typically hyper-masculine with large muscles, female characters have big chests and revealing outfits, again marketing to the perception of the “average gamer” — adolescent males. While the industry is progressing in its depictions of women, such as the realistically proportioned and developed character of Lara Croft, there are still improvements to be made.

“Part of being a [game] designer is getting out of your own head, getting another point of view,” said Koman. Unfortunately, some designers – mostly in the male-dominated action genre — fail to adhere to this principle, and instead pull references from their own point of view leading to the predominance of male-fantasy female characters in games.

“We have seen successful efforts towards diversity in other media forms such as movies,” said Ferguson, “but video games are simply moving at a slower rate. As generational attitudes evolve, we are more likely to see a greater number of realistic female gaming characters.”

Additionally, sexual violence against women is an aspect prevalent in some video games. One of the shocking features of the Grand Theft Auto series, which 75 percent of American boys under age 17 have played despite its Mature rating, is the ability to solicit sex from a female prostitute and then kill her, taking back the money paid to her. Furthermore, when a male character punches a prostitute, she does not scream or say “no,” but instead is programmed to respond, “I like it rough.” 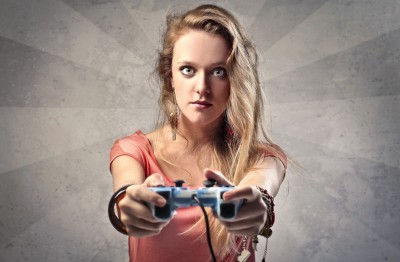 While it is still unclear today whether violence towards women in video games creates a violent gaming culture, a 2008 study by Karen Dill, Brian Brown, and Michael Collins found a correlation between men who reported long-term exposure to violent video games and an increased tolerance towards sexual harassment. Ferguson, however, is skeptical of these results.

“The media’s effects on our behavior are ultimately small; the larger factor is that we create media that reflects what we think about our world and ourselves,” said Ferguson. In his own study (awaiting publication) involving teens’ use of violent video games, results show that violence in games has no influence on the player’s hostility. One surprising conclusion involving gender differences was that female teens were more stressed than males after playing violent games, another probable reason why males are still the primary buyers of first-person shooter games. Overall, research regarding how media’s portrayal of women affects our perceptions is still relatively new and remains varied.

What does all of this mean for female gamers? Unfortunately, it means that one of their favorite activities is rampant with sexist attitudes. Within games allowing users to post comments to other players, women constantly report receiving sexually harassing, female-derogatory messages, including rape and death threats.

Australian video game journalist Alanah Pearce reported receiving hundreds of sexually harassing comments and rape threats from adolescent male gamers through Facebook. After her responses to them were met with further misogynistic comments, she decided that the most effective resolution would be to show the boys’ mothers the degrading messages they had sent. The story received wide coverage in December 2014, and highlighted the persistence of sexual harassment that female gamers regularly face.

In October 2014, Utah State University received an anonymous threat of a gun massacre if the school permitted gaming critic Anita Sarkeesian to speak at a planned event on campus. The school canceled the speech, but this example illustrates just how deep the culture war is on the issue of women and gaming.

“This is not a problem time will solve,” Koman says, noting the need for effective solutions to address the wage differences and representation of women in the industry, to increase the diversity of video game characters, and to confront the sexism prevalent in the gaming community. There have been advancements and some games – Child of Light, Never Alone, and the newest Lara Croft: Tomb Raider — are including more realistic, empowered female characters.

While there is optimism for the future, the future will not come tomorrow. This topic requires further dialogue and a commitment to change. As Ferguson pointed out we need to “speak with our wallets,” and support the games that are working toward a more diverse and realistic representation of the gaming community.

Kerstin Cook is a student writer for Stetson Today.