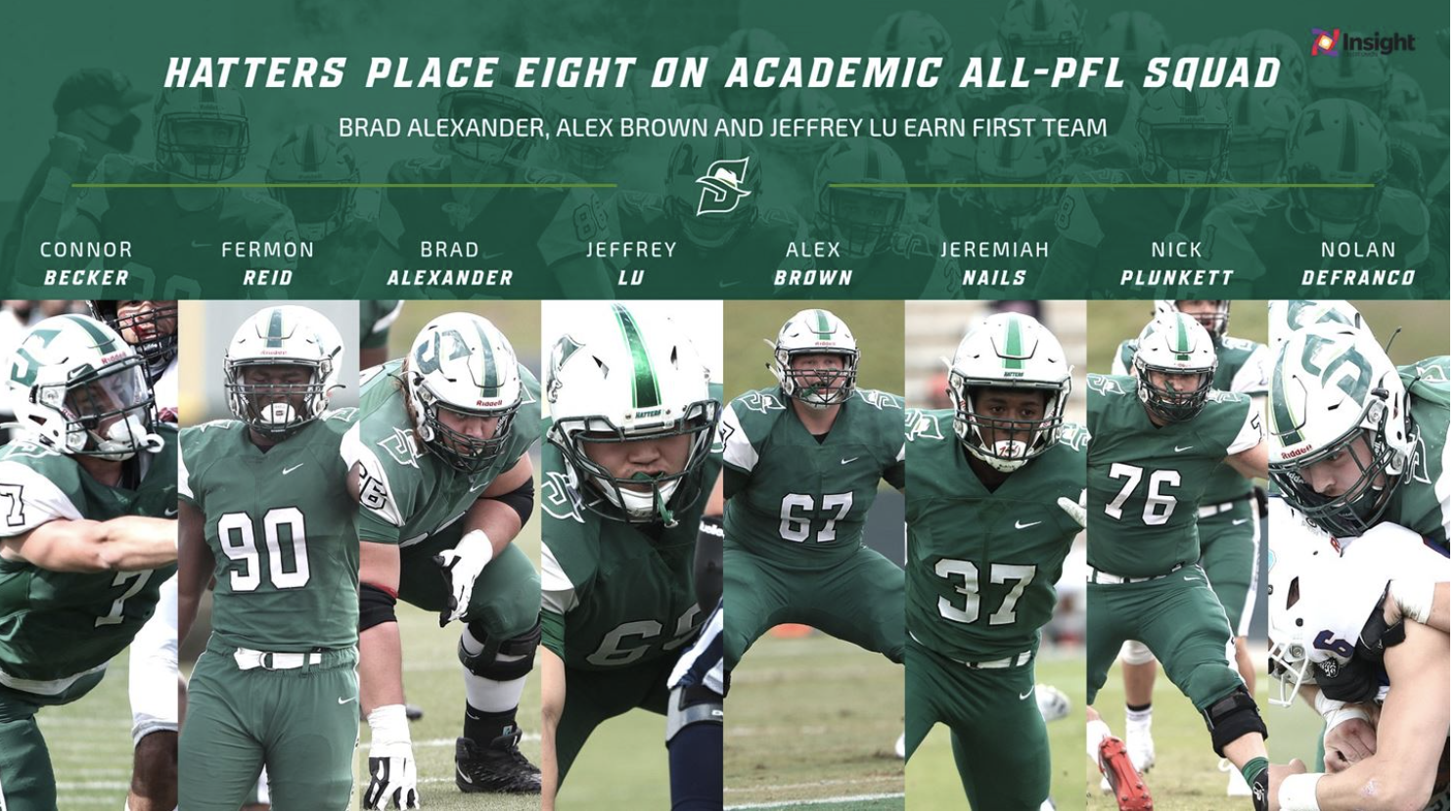 Of the eight Stetson players selected to the Academic All-PFL team, three were named to the first team.

The Hatters also had five players selected to the Academic All-PFL second team. The group was led by graduate student Jeremiah Nails (Lawrenceville, Ga.), who has a 3.55 GPA and is completing work on his MBA while also serving as a graduate assistant in the Athletics Student Services office.

Pioneer Football League athletic directors established the Academic All-PFL squads in 1993 as a way to recognize the league’s outstanding student-athletes. To be eligible for Academic All-PFL consideration, a student-athlete must be a varsity starter or key reserve, maintain a cumulative grade-point average of 3.30 on a scale of 4.00, reached his second season academically and played at least one full season at his current institution.