Yusef Salaam: An Inside Look at America’s Criminal “Injustice” System

At age 15, wrongly accused of attacking and raping the Central Park jogger, Yusef Salaam was “run over by the spike wheels of justice” in America, he says.

Salaam spent nearly seven years behind bars as one of the Central Park Five, four African Americans and one Latino teen who were convicted of raping and leaving a 28-year-old white woman bleeding and unconscious in the park in 1989.

Their convictions were overturned 13 years later when the real perpetrator, Matias Reyes, a convicted murderer and serial rapist serving time in prison, confessed to being the lone attacker. DNA evidence confirmed he had raped the victim.

The five Harlem teens spent about seven to 13 years in prison, despite a lack of forensic evidence and eyewitness accounts linking them to the crime. None of their DNA matched what was found on the victim. Their coerced confessions did not match the facts of the crime scene, a later reinvestigation would reveal. One teen had said the victim’s legs had been cut with a knife, but no knife wounds were found on the jogger. Another said her bra was ripped off, but she was still wearing it when she was found.

Their story was recounted in the 2012 Ken Burns documentary, “The Central Park Five,” and in the 2019 Netflix dramatic series, “When They See Us.” Salaam said the documentary gave them their voices back while the Netflix drama “gave us the global platform that we needed to change the system, to say never again, never again.”

After their convictions were overturned in 2002, the Exonerated Five spent another 12 years in a legal battle with New York City before winning a $41 million settlement from the city.

Now an author and motivational speaker, Salaam works to educate the public about mass incarceration and police brutality, according to his website. He received an honorary doctorate of humanities from Anointed by God Ministries Alliance & Seminary in 2014 and a Lifetime Achievement Award from President Barack Obama in 2016.

He goes into classrooms and talks to young people about their Miranda Rights, letting them know they have the right to remain silent if they are questioned by police. And once they invoke that right, the police interrogation must cease. Salaam didn’t know anything about Miranda when he was arrested.

“Miranda is there for our protection and we need to have advocates in the precinct to protect us, just like we fought for the custodial interrogations to be videotaped and now they are in New York, and we want to roll that out around the country because no longer is it safe – no longer is it safe – for the jury to look at the so-called facts in the case and believe what they’re being shown,” he said.

People ask him how he made it through such a horrifying ordeal at a young age. Early on in prison, he said, he realized he was on a journey with a greater purpose. He found strength in prayer, which he describes as like talking to God. He also meditated, which is when, if people are “still enough to listen, God always responds. …”

“What I found out was that life was chiseling me,” he said. “Life was shaping me. Life was preparing me to tell the story of the American criminal system of injustice, the story of the horror that goes on in the place that in America we know as the belly of the beast.”

Mass incarceration is the continuation of slavery by a different name, he said.

“When the system sees you, they see a black or brown body. They see a person who is trying to escape the modern-day cotton field,” he said.

“The ones who will murder George Floyd, Breonna Taylor, Sean Bell, Tamir Rice – the ones that when you are snatched by their wicked hands, it looks as if these are slave catchers returning property back to their owner. They are trying to get you to believe that you are not worthy. Prison does that,” he said.

He read the 13th Amendment to the U.S. Constitution: Section 1, “Neither slavery nor involuntary servitude, except as a punishment for crime whereof the party shall have been duly convicted, shall exist within the United States, or any place subject to their jurisdiction,” and Section 2: “Congress shall have power to enforce this article by appropriate legislation.”

America abolished slavery, he said, but the country came up with a loophole.

“I looked around and realized that in the prison that I was in, this is where they have disappeared our fathers, our grandfathers, our brothers, our sons,” he said, “relegated to the modern-day cotton fields called the prison industrial complex. …

“The fix is in,” he continued. “It takes us to imagine a justice system that is about truth, justice, equality and fairness for all in order for the justice system to change.” 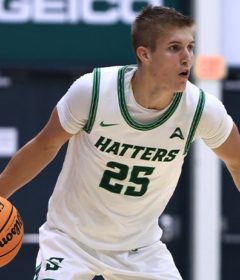 The Return of Luke Brown: ‘Blessed to Be Here’