A computer network routing protocol, developed by Stetson students and their professor, and based on the abilities of slime mold, may one day help emergency responders perform more efficiently in the field.

Stetson alumnus Nick Gilmet, who earned his BS in computer science and minor in mathematics in December 2020, was accepted to present his research paper, “A Novel Routing Protocol for Wireless Ad Hoc Networks Based on the Behavior of Slime Mold Physarum Polycephalum,” during the 2021 Annual Modeling and Simulation Conference. The international conference will be held in July at George Mason University in Fairfax, Virginia.

Gilmet advanced the research conducted by Stetson alumnus Hudson DeVoe, who earned a BS in computer science in 2019. Computer Science Professor Hala ElAarag, PhD, collaborated with and mentored both students.

The research began as a paper written by DeVoe for ElAarag’s algorithm analysis class, in which he studied how slime mold, which has no centralized brain, is able to solve “mazes.” ElAarag suggested DeVoe do his senior project by applying his research to mobile ad hoc computer networking, which is more difficult to route than stationary networks.

Computer scientists “have been looking to nature for solutions for a very long time,” said ElAarag, who received the 2021 McEniry Award for Excellence in Teaching, Stetson’s most prestigious award for faculty. “Bio-inspired algorithms  . . . take inspiration from nature, for example, ant colonies and bee swarms.”

DeVoe’s research wasn’t in a form that could be published, “so that’s where Nick came into the game,” ElAarag said. “I suggested it to him as an independent study.”

“Slime mold, without any sort of central brain, is able to distribute resources effectively despite not knowing where anything is,” said Gilmet, who lives in Huntsville, Alabama, where he works remotely for an Atlanta-based “intuitive digital experience analytics” firm.

Slime mold “makes a little web sort of thing, and it’s able to solve a little maze, if you think of it that way,” he said.

“That’s how computer networks can work sometimes: One single computer doesn’t know where every other computer is and the right way to send data to something else. This research tries to take a model that describes that sort of decentralized intelligence, maze-solving ability and apply that to a computer network,” he continued.

Gilmet said he “developed tests to refine the algorithm a little bit,” and he ran 810 simulations to test three different versions of the algorithm, which was dubbed the Optimized Physarum Link State Routing (OPLSR) Protocol.

“The results were really fantastic,” Gilmet said. “We got a 15% to 20% increase in performance across several different benchmarks. I would say it was very successful.”

The protocol may have real-world applications, ElAarag said. Ad hoc networks “are very useful in emergency situations where there is no network infrastructure, maybe because a hurricane knocked down the network, or in a remote area there is a fire and firefighters want to communicate. These types of situations are where our approach would help in routing this type of network.” 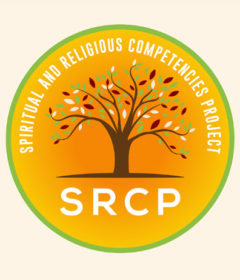