Jacob deGrom to be Inducted into ASUN Hall of Fame 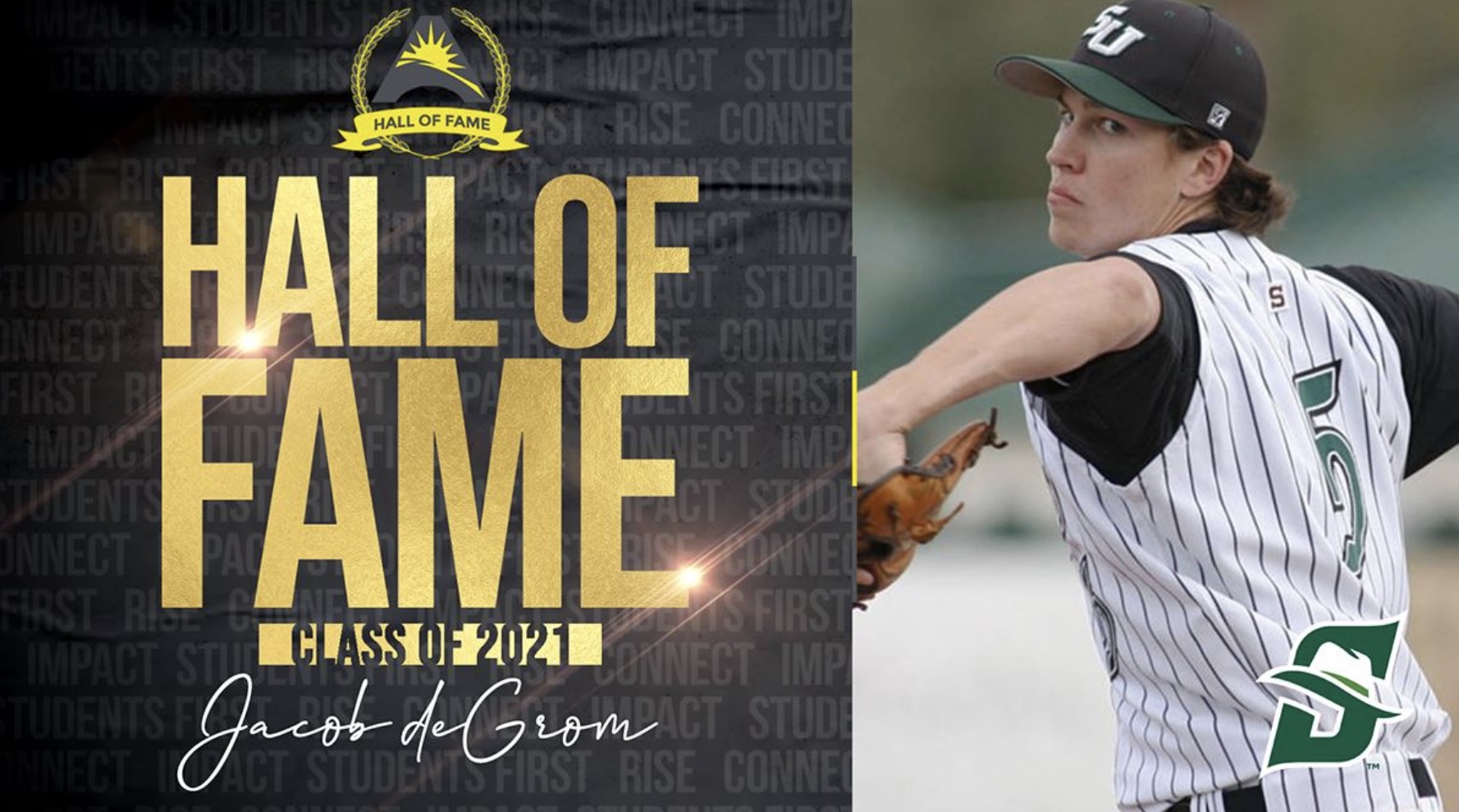 ATLANTA – The ASUN Conference Hall of Fame announced its newest members with the Class of 2021 inductees, featuring five individuals who left an incredible mark on both their universities and the league. The ASUN Hall of Fame’s seventh induction class of Belmont’s Rick Byrd, FGCU’s Richard Bleier, Jacksonville’s Ben Smith, Lipscomb’s Stefine “Jake” Pease and Stetson’s Jacob deGrom join the other 27 individuals who comprised the conference’s first six classes.

The Hall of Fame’s seventh annual induction ceremony takes place on Monday, Oct. 18, with a virtual reception. Information about prior Hall of Fame inductees and the ASUN can be found at www.asunhalloffame.org. Additional bios, videos, photo galleries and news for the Class of 2021 are also set to launch on the day of the ceremony.

Best known for his pitching, deGrom began his collegiate career at Stetson as an infielder during the 2008 season before seeing valuable time on the mound during his junior season with the Hatters in 2010. That season, he pitched in 17 games, 12 as a starter, posting a 4-5 record with a 4.48 ERA to go along with a pair of saves. He had 56 strikeouts in 82.1 innings of work. He ranks first in Stetson history with 1.73 walks per nine innings. deGrom’s lone career home run at Stetson came in the 2010 ASUN Championship against ASUN Pitcher of the Year Chris Sale of FGCU.

deGrom was selected in the ninth round (272nd overall) of the 2010 MLB Amateur Draft by the New York Mets. He made his MLB debut for the Mets on May 15, 2014, in a start against the New York Yankees pitching seven innings and allowing just one run with six strikeouts while also recording his first career hit. He went on to post a 9-6 record with a 2.69 ERA that season to earn the National League Rookie of the Year award.