• Stetson President Christopher F. Roellke, PhD, was quoted in the Aug. 12 story, “Stetson University will require employees to get Covid-19 vaccinations,” in the Daytona Beach News-Journal. “This decision, I can assure you, is rooted in kindness and empathy and in shared ownership of our collective well-being,” Roellke said during a university webinar.

• Stetson University was in the news for its requirement for COVID-19 vaccinations for employees. This was featured on WESH-TV, WRDQ-TV, WFTV-TV, WDBO-FM, Real Radio 104, the Palm Beach Post and other media outlets.

• Chris Ferguson, PhD, professor of Psychology, was quoted in the Aug. 14 story, “Does playing video games require your gray matter?” on eminetra.co.nz.

• Stuart Michelson, PhD, Roland and Sarah George Professor of Finance and chair of Finance, was cited in the Aug. 17 article, “6 Funds to Add to Your HSA,” on wtop.com.

• Stetson was cited as contributing panelists to webinars hosted by Green Volusia in the Aug. 12 article, “Rising ocean and intense rainfall spark concern in Volusia,” in the Hometown News.

• Law Professor Louis J. Virelli III was interviewed on Aug. 19 on 10 Tampa Bay for a story about mask mandates in schools.

• Law Professor Judith A.M. Scully was interviewed for a story on News Channel 8 regarding a Stand Your Ground case in Florida.

• Matthew Imes, PhD, assistant professor of Finance, was interviewed for the Aug. 12 article, “Ask the Experts: Cashing in on Credit Card Rewards,” on wallethub.com.

• The Hand Art Center’s current exhibits were cited in the Aug. 12 story, “Art Notes,” in the Hometown News.

• The Gillespie Museum was cited in the Aug. 19 story, “Museum Day offers free admission and giveaways,” in the Orlando Sentinel.

• The Stetson Hatters were cited in the Aug. 12 article, “A Debate on the Most Unique Team Names in College Basketball Goes Totally Off the Rails,” on barstoolsports.com.

• Former Hatters baseball star Corey Kluber, now a pitcher for the New York Yankees, was cited as a Stetson alumnus in an Aug. 14 broadcast by the YES Network.

• Alumna and U.S. Air Force Capt. Ashley Rutherford was profiled in the Aug. 17 article, “Health leader will help convene new school year at Stetson in DeLand,” in the Hometown News.

• Law alumna, Brenda L. Townsend Walker, PhD, was interviewed on the radio show, In Black America, for her research on the rate of suspension and arrests in juvenile African American males.

The 4th Circuit Judicial Nominating Commission sent four nominees to Gov. Ron DeSantis to fill the vacancy on the Circuit Court Bench created by the retirement of Judge Karen Cole, and Law alumna Brooke Brady, a general magistrate and hearing officer in the 4th Circuit, was among them, according to the Jacksonville Daily Record. 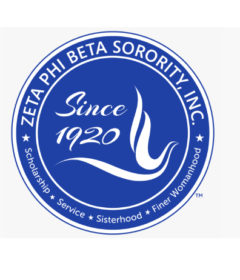 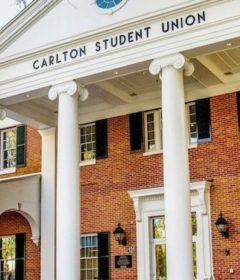