In 1959, the Rev. Martin Luther King Jr. traveled to India. He wanted to see the so-called “Untouchables,” members of the lowest caste relegated to lives of dirty work, poverty, humiliation and violence.

He visited high school students whose families had been Untouchables. The principal introduced him. “Young people, I would like to present to you a fellow untouchable from the United States of America.”

The introduction floored King. He couldn’t believe the term would be applied to him, writes Isabel Wilkerson in her New York Times bestseller, “Caste: The Origins of our Discontents.” The civil rights leader had flown in from another continent. In fact, he dined with the Indian prime minister. However, King realized that, as a Black person in America, it was indeed true.

Caste isn’t a term usually applied to the United States. Yet, “[t]he caste system, and the attempts to defend, uphold, or abolish the hierarchy, underlay the American Civil War and the civil rights movement a century later and pervade the politics of twenty-first-century America,” she writes. 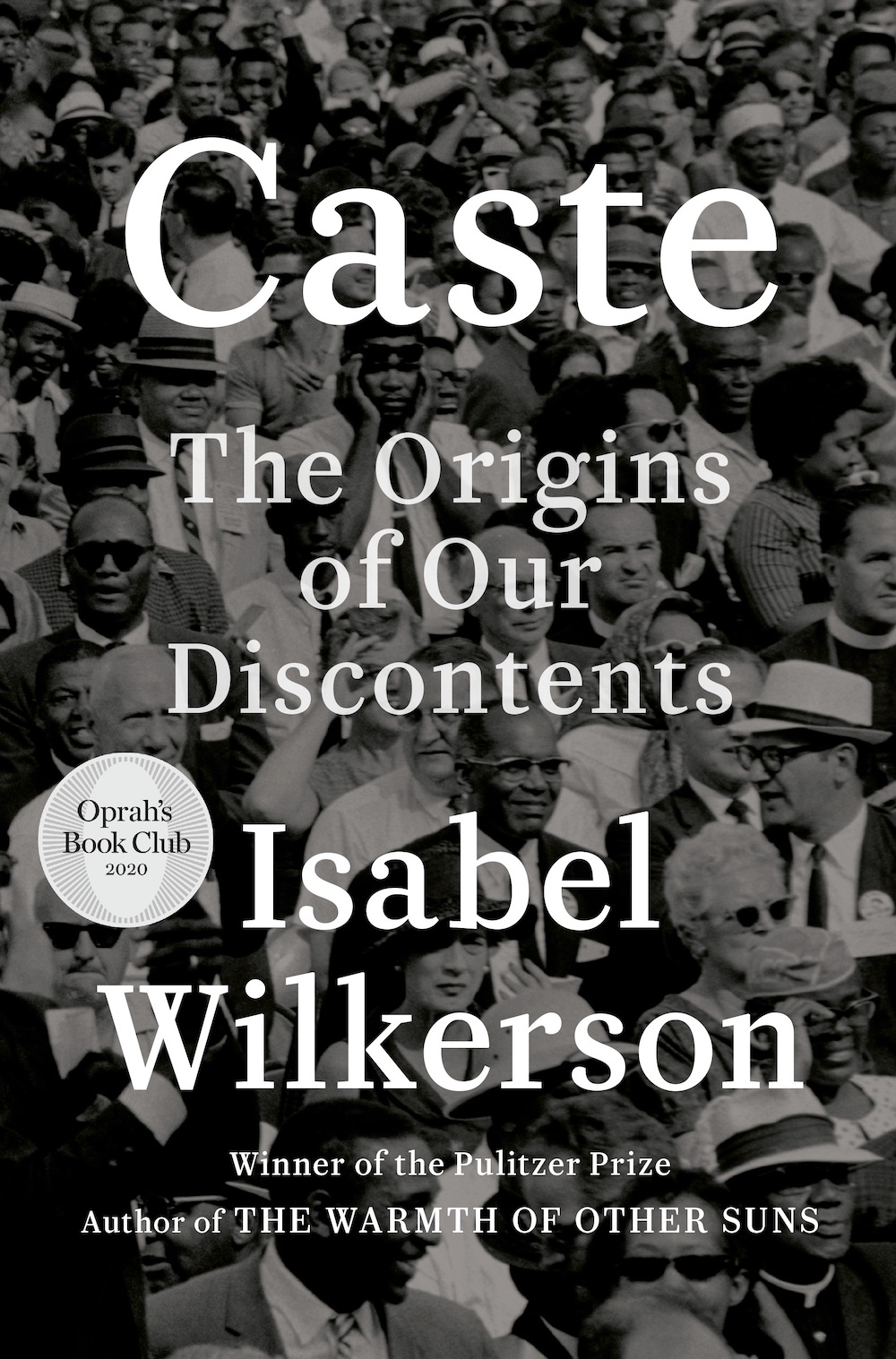 Caste: “It is about Power”

“As we go about our daily lives, caste is the wordless usher in a darkened theater, flashlight cast down in the aisles, guiding us to our assigned seats for a performance. The hierarchy of caste is not about feelings or morality. It is about power – which groups have it and which do not.”

The Pulitzer-Prize winning author will give the keynote address on Values Day on Oct. 19. She will speak to students, faculty, staff and alumni about her book and answer questions on Zoom from 6-7 p.m. Cultural Credit will be available.

Values Day is an annual tradition at Stetson. The community comes together to discuss and share the institution’s core values. The university cancels classes for undergraduates for the day. And it closes offices to allow staff and faculty to participate. Register by Monday, Oct. 18, at 5:30 p.m. to attend.

This year’s theme is “Building Cultures of Empathy and Respect: A day of reflection and action focusing on how we build a community that embraces empathy and respect.”

“Values Day is not bound by discipline or major,” said Savannah-Jane Griffin, executive director of Community Engagement and Inclusive Excellence, who oversees Values Day. “It lends itself to the liberal-learning experience, where you can choose, looking at the content of the day, and pick out things that really interest you. The goal is to engage with individuals that you might not have otherwise engaged with.”

The day will start with outdoor yoga and Tai Chi at Hulley Tower. Afterward, the Hand Art Center, duPont-Ball Library and Gillespie Museum will host exhibits and activities.

Students can earn up to six Cultural Credits by attending any of nine events. Plus, they can receive free Values Day swag and Schmancy Ice Cream Pops at the Global Citizenship Fair. The fair will take place on the Stetson Green from noon to 2 p.m. See the full schedule for Values Day. 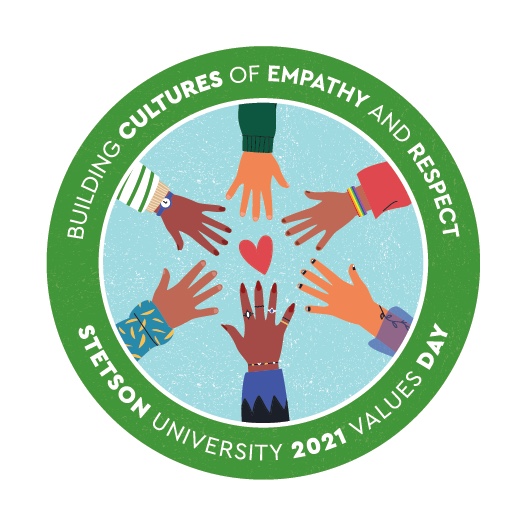 In the afternoon, participants will find 22 workshops. Topics range from empathy to the environment. Another focuses on healing the area’s history of racial terror lynchings, which includes four lynchings of African American men between 1891 and 1939.

The Birth of America’s Caste System

Wilkerson spent nearly two decades studying the Jim Crow era in the South. Afterward, she wrote a 600-page bestseller. Called “The Warmth of Other Suns,” it examined the Great Migration of Blacks from the South. However, the word racism never appeared in the narrative.

“After spending fifteen years studying the topic and hearing the testimony of the survivors of the era, I realized that the term was insufficient. Caste was the more accurate term,” she explains in “Caste: The Origins of our Discontents.” 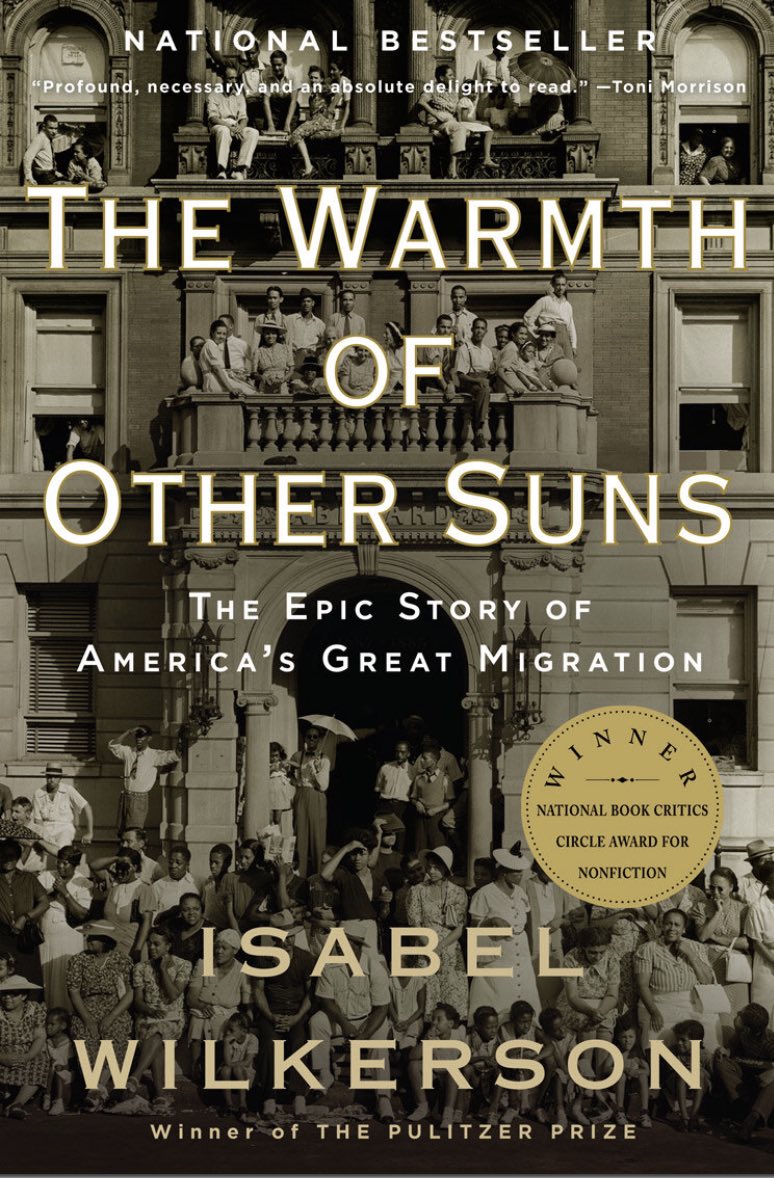 The caste system was born in the American South. It began in the 1600s after the arrival of the first Africans. They were enslaved for life in “forced labor camps that were politely called plantations,” she writes. European Americans are at the top of the caste system as the primary beneficiaries. African-Americans are at the bottom and dehumanized.

In fact, the similarities to India’s caste system were noted even before the Civil War by an abolitionist and U.S. senator, and by white supremacists in the early 1900s. Back then, one popular eugenicist praised India’s upper classes for preserving the purity of their blood through a regulated system of castes. “In our Southern States, Jim Crow cars and social discriminations have exactly the same purpose,” Madison Grant wrote in a 1916 bestseller.

“The Persistence of Caste”

Unquestionably, dismantling America’s 400-year-old caste system won’t be easy. New laws won’t do it. Instead, people must acknowledge past injustices. Above all, they must recognize their presence today. They must work toward resolution.

“Our era calls for a public accounting of what caste has cost us, a Truth and Reconciliation Commission, so that every American can know the full history of our country, wrenching though it may be,” she writes. “The persistence of caste and race hostility, and the defensiveness about anti-black sentiment in particular, make it literally unspeakable to many in the dominant caste.

“You cannot solve anything that you do not admit exists, which could be why some people may not want to talk about it. It might get solved.”