Educating Others about the Area’s History of Racial Terror 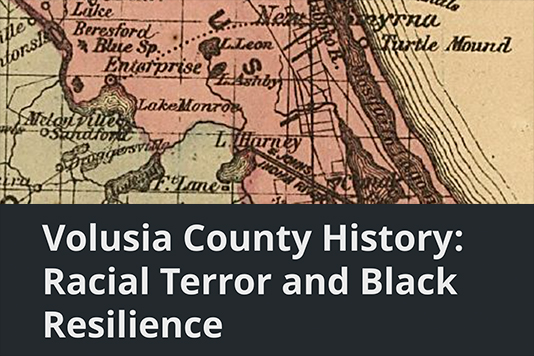 When senior Emily Keck drives around the area, she can see the silent history of racial terror that has been erased by time.

She worked with the nonprofit Volusia Remembers Coalition, which has compiled historical records about five lynchings between 1891 and 1939.

During her project, Keck saw firsthand how places, which are important in local Black history, often are silenced, never receiving historical markers to teach others about what happened there.

“Once you learn about it, you just see it everywhere,” said Keck ’22, an Environmental Science and Studies major. “It really makes me think about where we are and the history of all of these places.”

Keck wants to educate others about the sites of Volusia lynchings while also providing positive stories about local Black history. Her website tells about African Americans like James W. Wright, who owned the Wright Building in DeLand, which provided a grocery store, restaurant and other businesses in the Black community beginning in 1920.

Keck will give a presentation about her website during Stetson Showcase on Tuesday, April 12. She also plans to make presentations in the community, including to the Volusia Remembers Coalition.

“But she bravely agreed to broaden her scope to include celebration of Black achievement in our county despite slavery, second-class citizenship under Jim Crow and continuing obstacles of racial inequities,” he said.

Keck said she wanted to create the website after reading the book, “Black Faces, White Spaces: Reimagining the Relationship of African Americans to the Great Outdoors,” by Carolyn Finney, PhD, in one of her environmental studies classes. 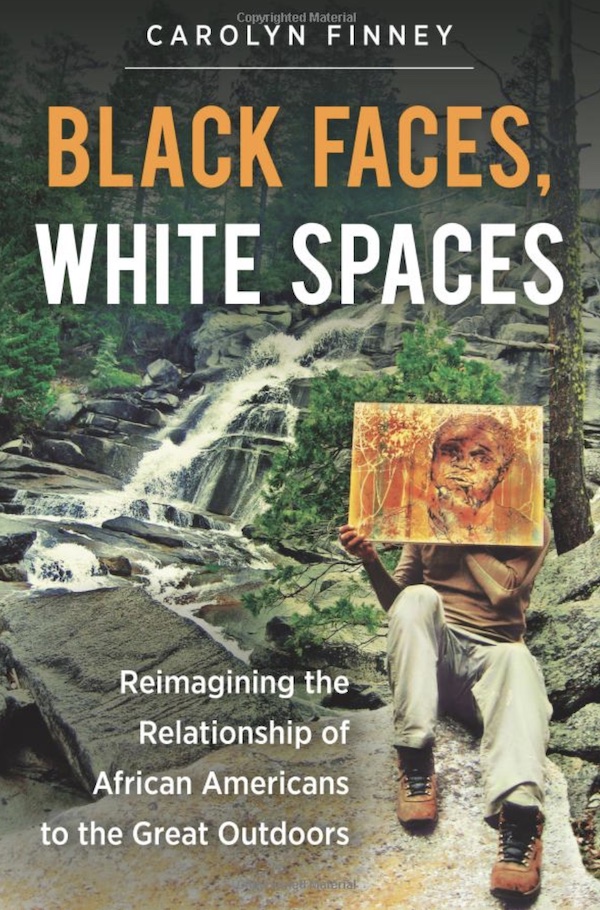 Finney asks why African Americans are underrepresented in the environmental movement and may show less interest in outdoor recreation. She argues that the painful legacies of slavery and Jim Crow shaped their views and created a far different lens than for Whites.

“Look at the history of environmentalism and you have Henry David Thoreau who went to live in the woods. Well, that’s because he felt safe enough to do that,” Finney told the Philadelphia Inquirer in 2019.

Finney shows how people’s experience with National Parks and other public recreational spaces are racialized in terms of who uses them. She challenges these ideas by giving examples of Black people serving as stewards and managers of land and land resources. “This all points to opportunities for building environmental equity,” Abbott added.

Keck said she wants to stop the erasure of Black history and give an honest accounting of racial violence. That way, Whites can learn about it, even if it makes them feel uncomfortable.

“We need to face this history because it makes us uncomfortable for a reason,” said Keck, who will work in environmental sustainability for Guidehouse consulting services in Chicago after graduation.

“We need to acknowledge it. Otherwise, it could happen again. It’s persisting. It’s still hurting people today. It’s institutionalized in our system and the only way we’re going to move forward and get better is to acknowledge it.”

Editor’s note: Currently, the Associated Press Stylebook capitalizes Black but not white in news articles. Emily Keck asked Stetson Today to capitalize White in this story about her senior project and we have agreed. She explained,

“This is a relatively new stylization that I learned of during the process of this project, but it articulates that the concept of White is just as much of a social construct as the concept of ‘Black.’ A quote from this Washington Post article helps explain the concept: “… in terms of racial identity, White Americans have had the choice of being something vague, something unraced and separate from race. A capitalized ‘White’ challenges that freedom, by unmasking ‘Whiteness’ as an American racial identity as historically important as ‘Blackness’ — which it certainly is. No longer should White people be allowed the comfort of this racial invisibility; they should have to see themselves as raced.'”