• Spectrum News 13 interviewed Rajni Shankar-Brown, PhD, professor and Jessie Ball duPont Endowed Chair of Social Justice Education, for the May 28 post and broadcast “College professor says educators need support now more than ever.” “I really became a teacher to instill hope and to be part of the change that is needed in our world,” Shankar-Brown said. “For me, teaching is an embodiment of hope. I think there’s so much hope when we look at the goodness of people, and there’s still goodness. We can never lose sight of that even in the midst of pain.”

Shankar-Brown also was featured in the May 26 Spectrum News 13 broadcast segment “Working Toward Better School Safety,” a second Spectrum News 13 segment on school safety on May 27, and in segments on May 28 and May 29.

• The West Volusia Beacon published the May 31 guest commentary “What has really made the U.S. great?” by William Nylen, PhD, professor of Political Science.

• WMFE, WJCT and other Florida public radio stations featured an interview of Law professor Louis Virelli III for a May 27 broadcast on Florida abortion law.

• The website orlandodiocese.org and Florida Catholic profiled incoming freshman Colleen Coughlin in the May 26 story “Graduates base faith and academics in college selection.”

• Florida Trend cited Stetson in the May 31 post “Higher Education.”

• The West Volusia Beacon cited Stetson’s academic and music camps in the May 31 post “Class Notes.”

• Before It’s News cited Stetson in the May 31 post “Chicago Statement: University and Faculty Body Support.”

• The website wng.org quoted Law professor Peter Lake, Charles A. Dana Chair and Director, Center for Excellence in Higher Education Law and Policy, in the May 25 story “Native American scholarships grow in popularity.”

• Law & Crime cited Law professor Ellen Podgor in the May 28 article “Enraged Americans Expected Uvalde Cops to Fight to the Death to Stop Elementary School Massacre. They had No Legal Duty to Act.”

• Ms. Magazine published the May 26 article “Where is Privacy in the U.S. Constitution? The Wide-Ranging Ramifications of a Roe Overturn” by Law professor Ciara Torres-Spelliscy.

• HealthLawProfBlog featured the May 30 article “Including Disabled People in the Battle to Protect Abortion Rights: A Call-to-Action” by Law professor Robyn Powell.

• The Sterling Journal-Advocate profiled alumnus Fred Payne Clatworthy in the May 26 story “Fred Clatworthy was a pioneer in Colorado’s color photography.”

• GoBankingRates posted the May 27 story “How To Book a Last-Minute Flight Without Breaking the Bank” and the May 31 story “How Gen Z Can Travel Like Influencers (Without Influencer Money)” by alumna Jenny Rose Spaudo.

• Authority Magazine profiled Law alumnus Thomas Stanton in the May 29 story “Top Lawyers: Thomas Stanton on the 5 Things You Need to Become a Top Lawyer in Your Specific Field of Law.”

• Crosswalk.com posted the May 31 commentary “What it Does and Does Not Mean to Be a Virtuous Woman” by alumnus Blair Parke. 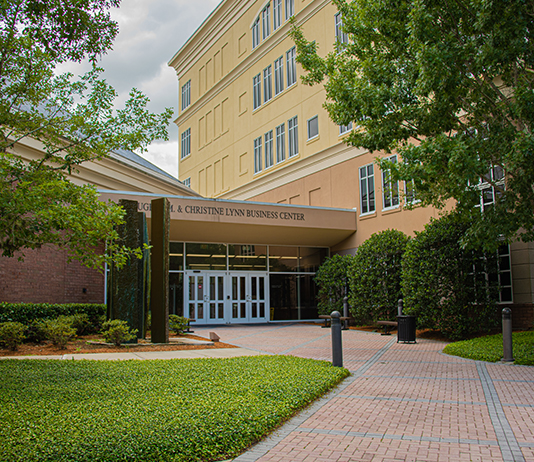