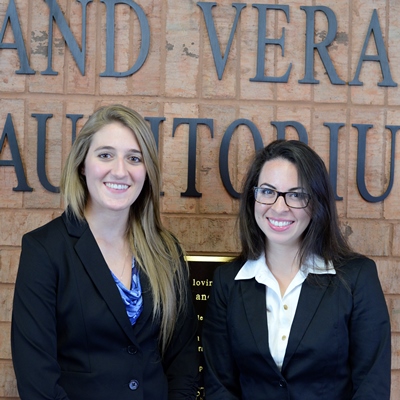 Three new initiatives have been developed within the School of Business Administration (SOBA) to increase student awareness of the importance of ethics in their personal and professional lives.

Under the leadership of Jim Beasley, Ph.D., professor of business administration, and John Tichenor, Ph.D., associate professor of decision sciences, SOBA is extending its emphasis upon the importance of ethical decision making in professional life. Already, through the teaching of business ethics across the business curriculum and in BADM 209E, The Legal, Social and Ethical Environment of Business, SOBA provides students with opportunities for thoughtful examination of important ethical problems.

“A new student group, the Student Organization for Business Ethics, has been constituted to focus on business ethics,” said Beasley. “With a core group of about 15 students, they went through the process of receiving official recognition as a Stetson student organization.” 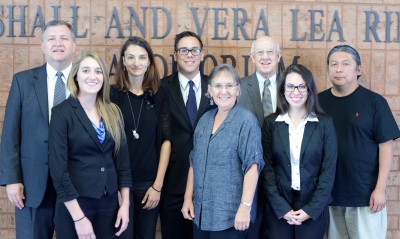 “Our new student organization secured an invitation to compete in the Eller School of Management National Collegiate Ethics Case Competition, held at the University of Arizona in Tucson, on Oct. 24,” said Beasley. From among the teams competing in the on-campus competition held several weeks prior, a two-member team was selected to represent Stetson in Tucson. “Katie Kurtz and Ken DeMoya prepared a case presentation on the implementation of corporate wellness plans under the Affordable Care Act. They competed against representatives of 32 colleges and universities from all across the U.S. in the Arizona event,” he said. Some of the competing universities included Dartmouth College, Case Western Reserve University, Elon, Emory, Rutgers, Texas Tech and the University of Southern California. “Stetson and the University of Florida were the only universities from Florida that competed in this national competition,” Beasley said.

The national competition in Arizona was won by Simon Fraser University in British Columbia. Boston College won the bracket that Stetson participated in.

“John (Tichenor) and I are also exploring other opportunities for Stetson teams to compete in regional or national business ethics case competitions,” Beasley said.