It sounds like the makings for a Hollywood action movie:

Good Guy wonders where all the missing bits of nuclear material have gone. He joins a think tank in Europe to learn how to stop the bad guys from getting their hands on it. He brings back everything he’s learned to the U.S. and saves the day!

There are nine countries with nuclear weapons, but more than that have nuclear power capacity. Europe has more experience in dealing with countries that either lost their rights, couldn’t find materials for a variety of reasons (e.g., lost in transit, mishandled, etc.) and nuclear waste from nuclear power plants.

The United States hasn’t dealt with the same risks of illicit nuclear material as Europe simply because Europe is closer geographically to the potentially “dangerous” countries.

“I’m looking at the best European practices for the past 80 years to see how the U.S. can adapt them domestically. This is probably done in a classified sense, but it’s not done publicly,” he explained. “For example, the Soviet Union had nuclear powered lighthouses. Those went dark when the country fell. But nuclear material doesn’t expire. Where is that material? Who has it? How is it being tracked? What if someone wishes to use it against us?”

“We’re not just talking about building a nuclear weapon. We’re talking about a dirty bomb – a smaller version and much more concerning one, due to the level of material available. No matter the damage done, the government has to take action to remediate the cleanup. It’s very damaging, costly, and a feather in the hat of a terrorist.”

So, how does a 33-year-old from Ormond Beach, Florida, become inspired to do this larger-than-life work?

“When I was working for the New York attorney’s office in 2014 and 2015, I was captivated by France’s Charlie Hebdo satirical newspaper being terrorized for illustrating the prophet Muhammad in a comic, which is considered blasphemous. I was really awestruck that somehow it was not known what the reaction would be,” said Kelly. “I decided that I wanted to use my skills to help keep people safe. I’m an American who has grown up in this culture of spy movies and intelligence thrillers, and this is the moment where I thought I really could do this.”

From 2018 to 2020, Kelly attended Mercyhurst University and earned a master’s degree in Applied Intelligence. His thesis was titled, “The Nightmare Scenario: Understanding the Plausibility of Terrorist Nuclear Weapon Creation and Use by Black Market and Dark Web Means.”

It focused on the plausibility of nuclear weapons being sourced, built, moved and used inside the United States by non-state actors using openly available methods. Upon graduation, he and his professors felt that there was more research to be done and that Kelly’s topic was worthy of applying for a Fulbright Award.

After an intense application process, Kelly is now reaping the fruits of his hard labor. He was granted a prestigious Fulbright Award and is on sabbatical from his job as an Intelligence Analyst at Bank of America to conduct six months of research at the Antall József Knowledge Centre in Brussels. The Centre is a Budapest-based Hungarian think tank that works to advance democratic ideals just as József Antall, the first democratically elected president of Hungary, worked to do. As such, Kelly is learning how the European Union and Visegrad Four Regions (Hungary, Czech Republic, Poland and Slovakia) work to track and understand where illicit nuclear material might be hidden. After the new year, Kelly will be transitioning to work with the German Marshall Fund for the remainder of his grant. That is a large U.S. think tank, which also works to promote EU and U.S. cooperation.

He is doing research to ultimately answer: How do we prevent a bad actor from getting bits of nuclear material to harm us?

“A lot of what we practice here in the U.S. for security is top-down. We don’t look for things that are ‘lost.’ But Europe does. Are there deposits of this material somewhere? Where are they? Who is monitoring this material? For example, a man in India was trying to sell uranium. Someone knew he had it, and they took action against him. So, I’m learning how they knew that this guy had uranium. I want to learn the tracking techniques they have in Europe and how we can apply these in the U.S.”

Many people who knew Kelly best during his time at Stetson are not surprised at his resounding accomplishments.

“I can say that his success so far doesn’t surprise me,” said David Hill, PhD, professor of Political Science and Associate Dean of the College of Arts and Sciences. “He was a very smart and creative student, who I knew would one day be successful in whatever path he chose.”

“When I saw the article that Jack had been selected for a Fulbright, I swelled with emotion and pride. And when I read about the subject for his research and incredibly important work, quite frankly, I teared up,” expressed Rina Tovar Arroyo, assistant vice president for Development, Parent and Alumni Engagement. She was very close to Kelly while he was a student.

“I always knew Jack would continue to impact the world. I am deeply grateful for the incredibly important work he is doing now in Belgium,” she continued. “Jack has an incredible balance between his head and his heart. As is evidenced by his Fulbright award, Jack has the mind to impact our world in significant ways, while his heart centers his work in areas to improve humanity.  His wisdom runs deep.”

And support from Stetson doesn’t ever expire. Proof of this is when the chair of the Political Science Department got wind of Kelly’s research trip to Brussels and immediately connected him with a Stetson alumna who could be of great help to acclimate him to life abroad.

“When I had heard that Jack won this award, and that he was planning to go to Brussels, we had just graduated one of our finest Political Science students ever: Slavina (Sally) Ancheva.  I was never able to say goodbye to Sally, thanks to COVID and my 2020-21 sabbatical in Brazil. But we kept up some contact through Facebook. I knew that she had landed a job with the European Parliament in Brussels.  So, when I heard that Jack was heading there, I asked Sally if he could get in touch,” explained William Nylen, PhD, professor and chair of the Department of Political Science, and co-director of the International Studies Program.

Kelly credits his Stetson experience and professors with preparing him to “really think.”

“I was very challenged by my Stetson professors. You had to have thick skin and get used to having an uncomfortable question put toward you,” he said.

Kelly was selected as one of Stetson University’s first Bonner Scholars after the program began in the 2005-2006 school year and interned at the Corrella & Bertram F. Bonner Foundation headquarters in Princeton, N.J.

“Bonner taught me how to be a public servant type. It is a large reason why I joined AmeriCorps following graduation. I wanted to continue in a servant leadership capacity. I was very involved on campus, also as an SGA senator and a member of the Sigma Nu Fraternity. This all prepared me for what I’m doing now overseas,” explained Kelly. “It’s Stetson values at work!” 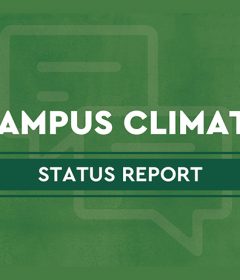 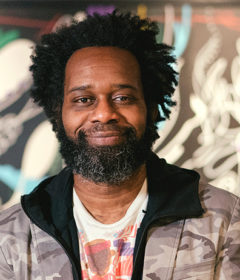 Seattle artist Moses Sun will give an artist talk Jan. 31