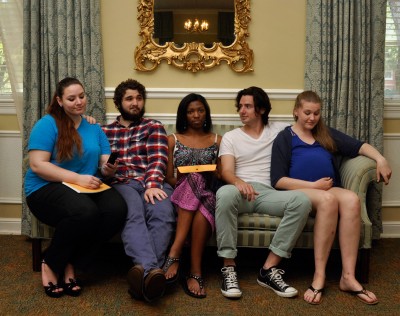 Clybourne Park by Bruce Norris will be presented at Stetson’s Second Stage Theatre in the Museum of Art, DeLand, 600 N. Woodland Blvd. The production is directed by Drew Neitzey, a Stetson senior.

Inspired by Lorraine Hansberry’s A Raisin in the Sun​, this Tony Award and Pulitzer Prize winning satire looks at race and community within a fictional Chicago neighborhood. The play starts off in 1959 in a house located in a white neighborhood on N. Clybourne St. in Chicago that is being sold to an African-American family. Next, the play jumps to the year 2009 after the neighborhood has changed into an African-American community undergoing gentrification; the house is sold to a white couple and the parallels are revealed.

Admission is $12 for adults, and $10 for seniors and students. Stetson students, faculty and staff are admitted free with a valid ID, and cultural credit is available for students. Tickets will be available at the door and reserved tickets must be picked up 30 minutes prior to the start of the show. Box office will be open one hour prior to curtain. For reservations, call Stetson Theatre’s “Second Stage” box office at (386) 822-8700. 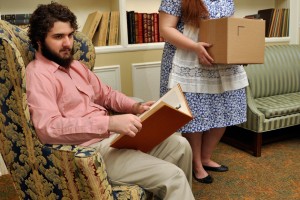 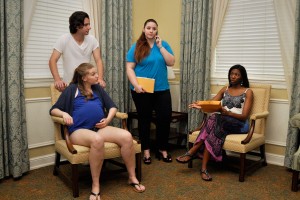 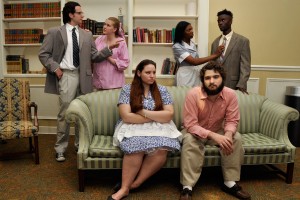 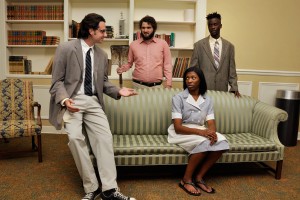 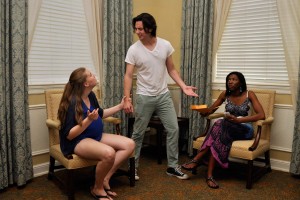 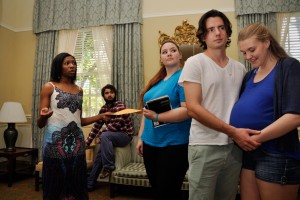 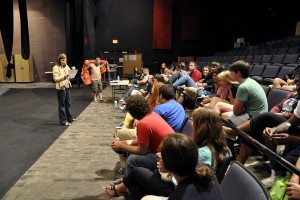 A U D I T I O N S for the Theatre Arts Fall productions of the Pulitzer-Prize-winning plays Anna in the Tropics by ... 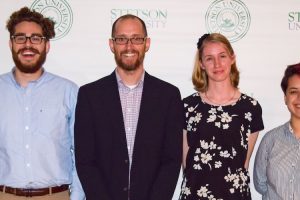 The Creative Arts Department is proud to salute our 2017 outstanding students!  Our outstanding seniors were honored at... 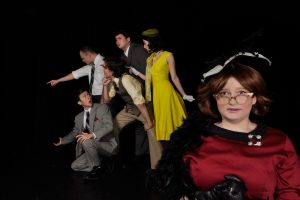 An Interview with Kathrine Pulling: Stage Manager for “Rhinoceros”

It's always interesting to hear stories from (literally) behind the scenes, especially when it involves our own students...