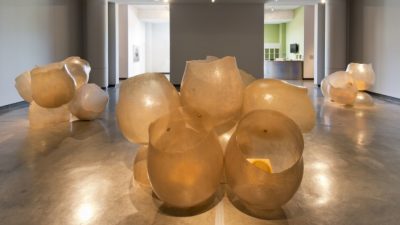 A new exhibition will be open to the public at Stetson’s Hand Art Center this Friday, January 25th. The multisensory experience titled A Better Nectar was created by artist Jessica Rath. The opening reception will be held from 6 to 8 p.m.

In preparation for the exhibition’s opening, I sat down with Jessica Rath to ask about the messages that can be garnered from A Better Nectar. The pieces of the exhibition are joined by a sound element. Visitors will experience the audio of a bee’s pollination journey through the collaborating work of composer Robert Hoehn.

In the entirety of the exhibition, there is only one image of a bee. It is a photograph, currently hanging in the Hand Art Center. The reason for the otherwise lack of bee images is both simple and complex. Rath explains that instead of looking from a human’s perspective at the bee’s world, she hopes that gallery visitors will “for a moment consider through the sound and visual, the world through the bee’s body and eyes”. She describes that world as “rhythmic, pulsating, and singing”, noting that the sight of a bee is unlike a that of a human. Instead of seeing “static planes”, the bee perceives “rhythmic interpretations of life”.

I asked Rath if any responses to the exhibition stuck out in her mind. “Children,” she said, explaining how a child readily steps into the view another species has of the world. Adults seem to face more inhibitions. Rath relates that inhibited ability to a “philosophical sense of omnipotence” carried by today’s society. “We are one of the only species that is out of sync,” she explained, then introduced me to a new word: the Anthropocene.

The Anthropocene refers to the era in which we now live. It is the age in which the actions of humans have been the dominant factor shaping the environment. The message behind ‘ a better nectar’ challenges the human philosophies that have made the Anthropocene possible. Experiencing ‘a better nectar’ will open gallery visitors to the world of another species. It is not the same world perceived by humans, but perhaps it is time to see through a bee’s eyes. 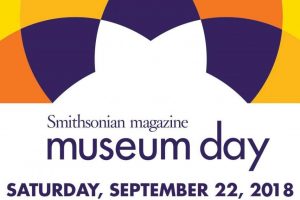 The Homer and Dolly Hand Art Center will be open on Saturday, Sept. 22, as part of Smithsonian Museum Day, an annual cel...