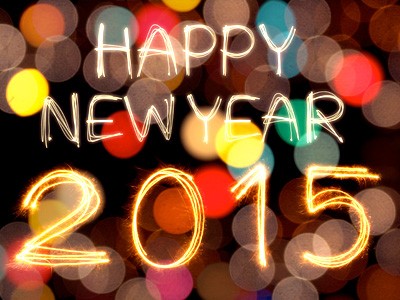 When we reflect upon what challenges were met, what goals we’ve exceeded and what honors were bestowed in 2014, it may seem to beg the question, how can we top that in 2015?

This year Stetson University became officially smoke and tobacco free. The Board of Trustees approved a change in the university’s investment policy in alignment with the new policy.

Over the past year, Stetson has hired 60 new faculty for the DeLand and Celebration locations and three at the College of Law. New learning opportunities and programs include:

Six-hundred, sixty-two students graduated in May 2014 (171 graduate students and 491 undergraduates). A record 2,841 undergraduates began their Stetson careers in the fall, keeping the undergraduate enrollment goal of 3,000 on track for 2016.

International student enrollment has increased by 65 percent since 2011, and currently stands at 157 students from 61 foreign countries enrolled.

Stetson is one of only two universities in the country recognized “with distinction” for every category of community engagement by the 2014 President’s Higher Education Community Service Honor Roll. These categories include Economic Opportunity, Education, Interfaith and General Community Service.

The Florida Department of Education awarded a $1.1 million grant to Stetson University, Bethune-Cookman University, Volusia County Schools and the New Teacher Center to create and launch the Volusia Center for Excellence in Education (VCEE).

Stetson hosted the first conference on Poverty and Homelessness, attended by a sell-out crowd made up of education and civic leaders from throughout Central Florida.

The international internship of a sophomore journalism student at Flash90, an Israel press photography company, proved invaluable as some of the photos he took during the summer conflict at Zion Square were published internationally in the news media.

Stetson’s nationally acclaimed School of Music performed at the Lincoln Center in New York City in the spring of this year. The Concert Choir performed in many venues in five states along the east coast on their annual Spring Tour.

National acclaim came to the School of Business Administration as the Roland George Investments Program (RGIP) added two more national wins to its list of championships in both the GAME and RISE competitions. Stetson placed second in the statewide 2014 CFA Institute Global Research Challenge, and placed third in the National Collegiate Ethics Case Competition.

With a winning record in mock trial, moot court, and alternative dispute resolution competitions, the College of Law was awarded the following honors in 2014:

Glenn Wilkes, Hatter Basketball Coach from 1957-93, known as the “winningest” basketball coach in Stetson’s history, was inducted this year in the College Basketball Hall of Fame.

Stetson’s Center for Community Engagement, part of Campus Life and Student Success, also in partnership with Volusia County Schools, helped coordinate 190 Stetson students who volunteered for over 39,050 hours in local public schools. In partnership with The United Way, Stetson students became IRS-certified tax preparers through the United Way’s Volunteer Income Tax Assistance (VITA) program, resulting in more than $200,000 of tax refunds for over 200 local, low-income families. Stetson’s Bonner Program provided need-based financial aid packages to more than 60 students working in a four-year internship with a local non-profit organization – resulting in more than 22,000 hours of work in 2013-14.

In the area of Development, Trustee David Rinker ‘62, and his wife Leighan ‘65, endowed Stetson’s WORLD: The David and Leighan Rinker Center for International Learning, ensuring its continued success in the comprehensive internationalization of Stetson University in collaboration with partner offices at all of the university’s locations in different parts of the world.

The Hollis Family Student Success Center will provide students with deep engaging learning experiences including internships and other high-impact experiences that lead to substantial personal and academic growth.

The Brown Center for Faculty Innovation and Excellence, which will be officially launched in Spring 2015, promotes faculty vitality and vibrancy through research-based learning opportunities that advance student engagement in and outside of the classroom.

In this year’s national Day of Giving, Stetson alumni and other members in the university community raised over $27,300.

Stetson has a new high-tech Broadcast Productions facility, as featured in Debuting Stetson Broadcast Productions. Stetson Athletics has partnered with the Atlantic Sun Conference and ESPN3 to broadcast every basketball home game this season as part of the conference’s E3 On-Campus Initiative. It is also available as an educational tool for videotaping campus and outside events.

Stetson Today was redesigned to make it more user-friendly on a mobile platform. The newly enhanced Feature section at the top of the page, designed to attract a national audience as well as the local community, also refreshes the overall look of the site. More than a news site, it is a single point of contact for events, images, stories, news and announcements.

Best wishes for a wonderful 2015 from your Stetson Today staff!